A medium to large spider which, according to its describer, was not very successful at looking like a bird dropping, found in most types of forest in NSW and Victoria. Its design is less complicated than some bird-dropping spiders, yet more ornate than others. The small male is unknown. Male moths are attracted at night to pheromones resembling those of female moths. They get caught and eaten. This spider is apparently common and widespread but rarely seen. ♀ 6mm 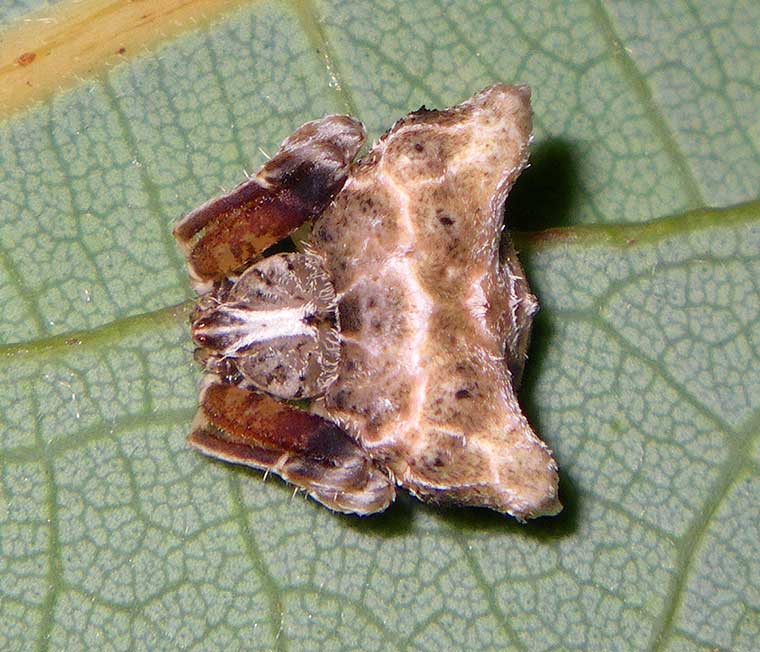