Missulena bradleyi Bradley's Mouse Spider. This is the most common and widespread Mouse Spider in eastern Australia. It was initially thought to be confined to NSW. The females are large and very strong, with powerful chelicerae. A 7-year-old boy had a female Mouse Spider so fiercely attached to his finger the attending GP had to crush the spider to get the fangs out. The boy complained only of minor hunger pains as in the excitement, he had missed lunch. ♀ 20 mm ♂14 mm

The male Missulena bradleyi has an all-black carapace and pale bluish area on top of the abdomen. 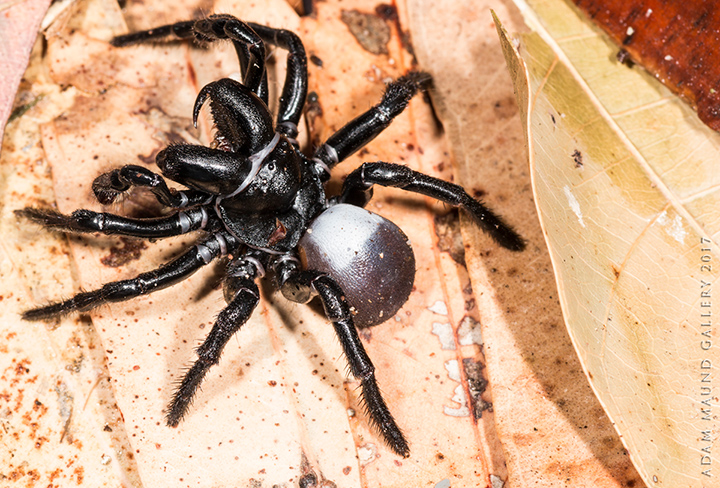 The burrow can be found by brushing away loose dirt in an area where they live until a flap of silk indicative of the entrance is found. 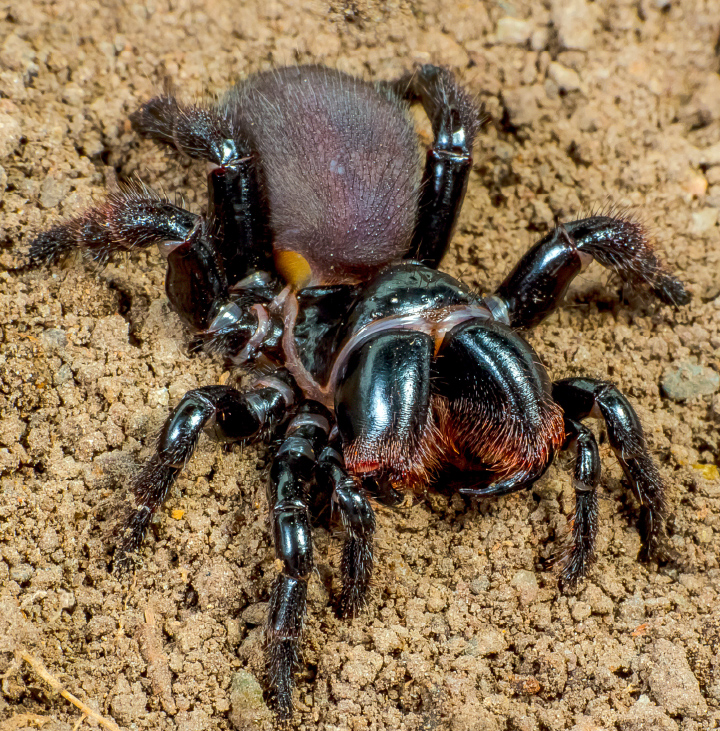