In his description Koch refers to males and females from Rockhampton, Peak Downs and Gayndah. Some of his type series are now in the British Museum but had not been labeled as types when recognised as such by Judy Grimshaw in 1984. This species is recognisable in the male by a large, rather bulbous cephalothorax, narrowing towards the front and a small, relatively slender abdomen with some dark blotches on the sides. The cephalothorax has no pattern of hairs, unlike most other species. The easiest features to recognise in the male are the pale, large cephalothorax and the very dark underneath of the abdomen, extending from the front to the rear. There are a couple of short dark lines on the clypeus (area below eyes) and two on the front of the long jaws. The males are not particularly dotty. The legs have no obvious lines or bands, order of leg length I, II, IV, III, first pair being the longest and the third pair shortest. Specimens have been recorded for most of coastal Queensland from Cape York to Brisbane, on wheat, green panic, sunflower, tobacco, Brigalow regrowth, and Abutilon oxycarpum. Collections tend to cluster around Townsville to Cooktown, Rockhampton to Bundaberg and west to the Carnarvons, and Brisbane, but other areas are probably undersampled. Thanks to Judy Grimshaw for information from her Masters thesis. ♀ 5.5mm ♂ 4.5mm 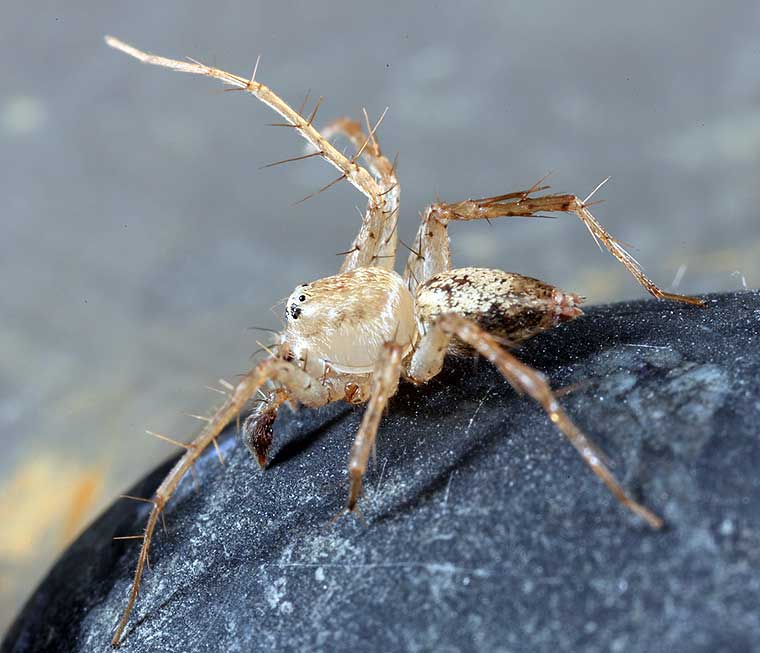 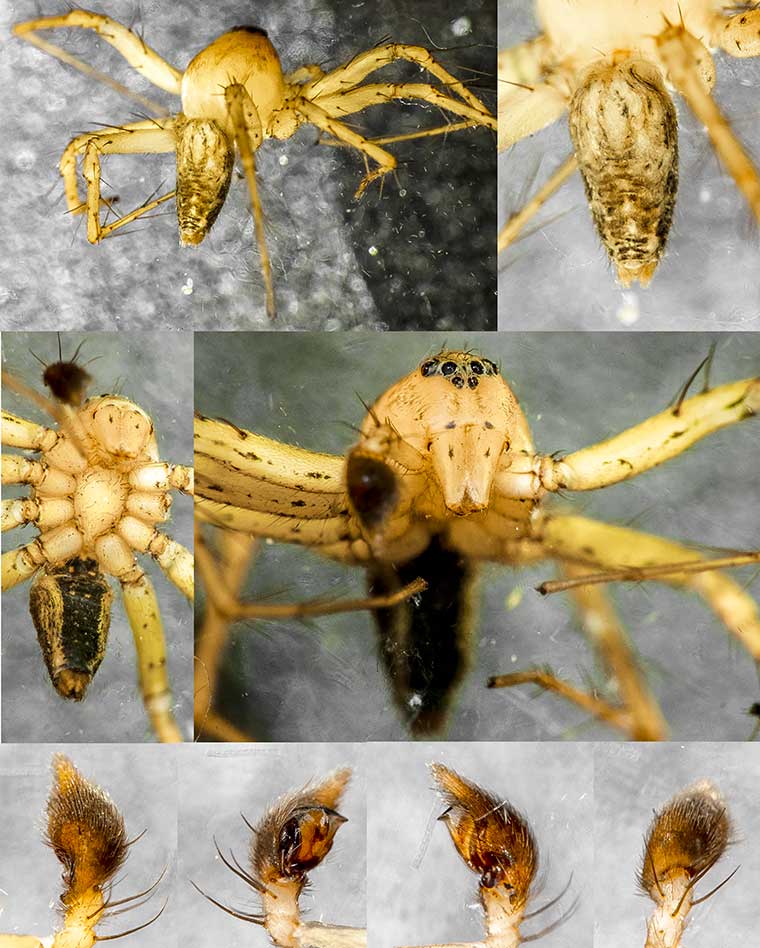 Thanks to Judy Grimshaw for sharing her thesis, the valuable information therein, her drawings of types, and for much discussion on Oxyopidae. Distribution and habitat data were drawn from these sources.