A large, highly variable tropical orbweaver related to the Eriophora group of orb weavers, in gardens, disturbed areas and nearby bushland. The triangular abdomen has prominent shoulder humps. The lateral eyes are on prominent orange-coloured tubercles. Females can have such differing patterns on their abdomens they have often been mis-identified as several species. While many Parawixia spp. are found across the tropics from India to Australia, only Parawixia dehaanii is recorded from Australia. This spider is nocturnal, building a vertical orb web with an open hub. The web often looks damaged, with sections missing, hence the common name. The spider hides under a nearby dry leaf during daylight hours, well camouflaged and difficult to see. When disturbed the spiders falls and plays dead with its legs retracted. ♀ 20mm ♂ 8mm

This specimen was found inside a home in Kuranda, Atherton Tableland. 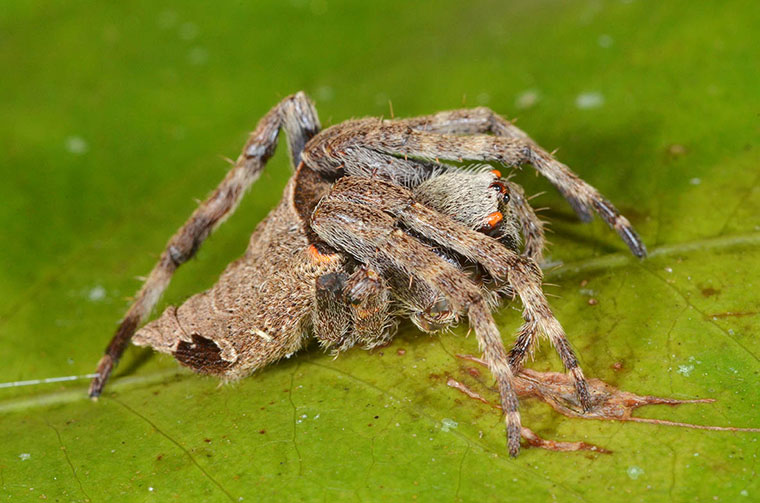 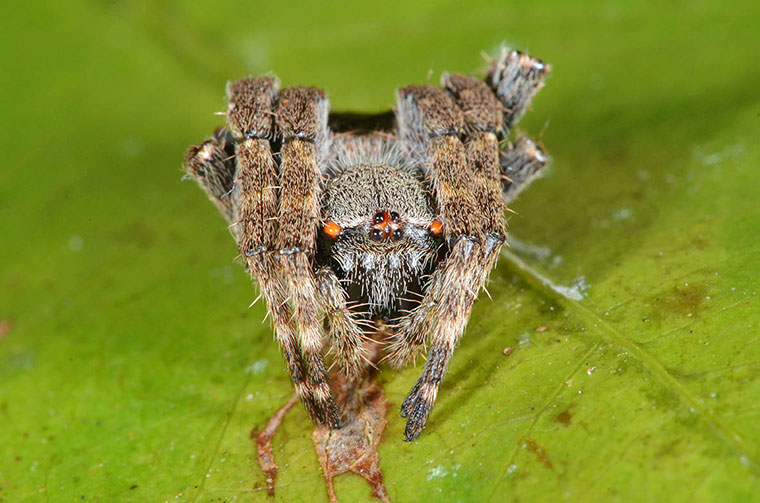 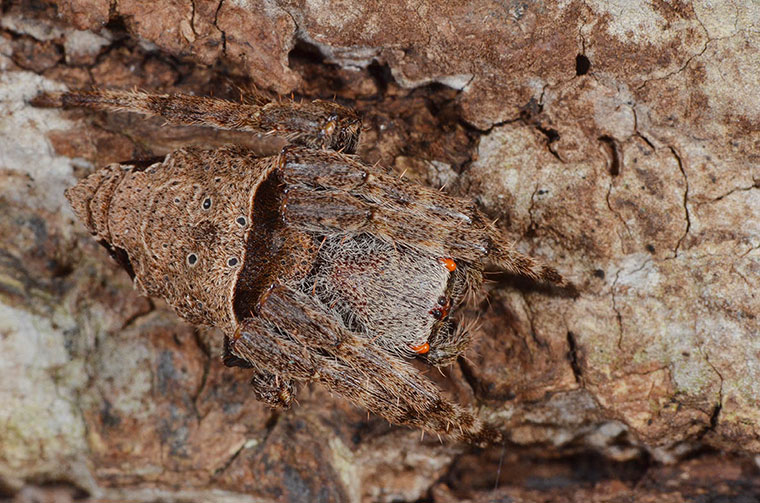 Photo: Michael McCoy
Back : Next
View My Stats