These bird-dropping mimics are cryptic crab spiders usually found in northern Australia in rainforests and margins, south to the outskirts of Brisbane. They elude predators by resembling bird droppings and some even emit the odours of faeces. Several species are known from New Guinea to Sri Lanka and nearby. No species have been officially described from Australia though we know of several including Phrynarachne tuberosa and Phrynarachne decipiens which Ray Mascord matched up with Cambridge's original descriptions. There is another one related to Phrynarachne decipiens found both around Cairns, Mareeba and Kuranda as well as south to Tewantin and probably in between. Below is an orange Tewantin specimen by Nick Monaghan www.lifeunseen.com . Mascord's example of the same unidentified species was red. The females are large, while the males are small and therefore almost never seen or collected. The female bends a wide blade of grass and binds the sides with silk, leaving a small opening to this makeshift chamber for her eggsac and retreat. ♀ 11-14mm ♂ 3-5mm 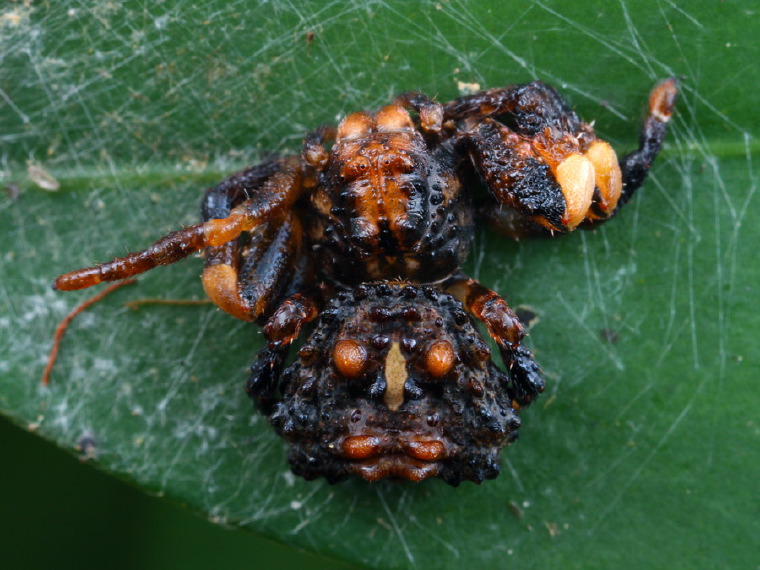 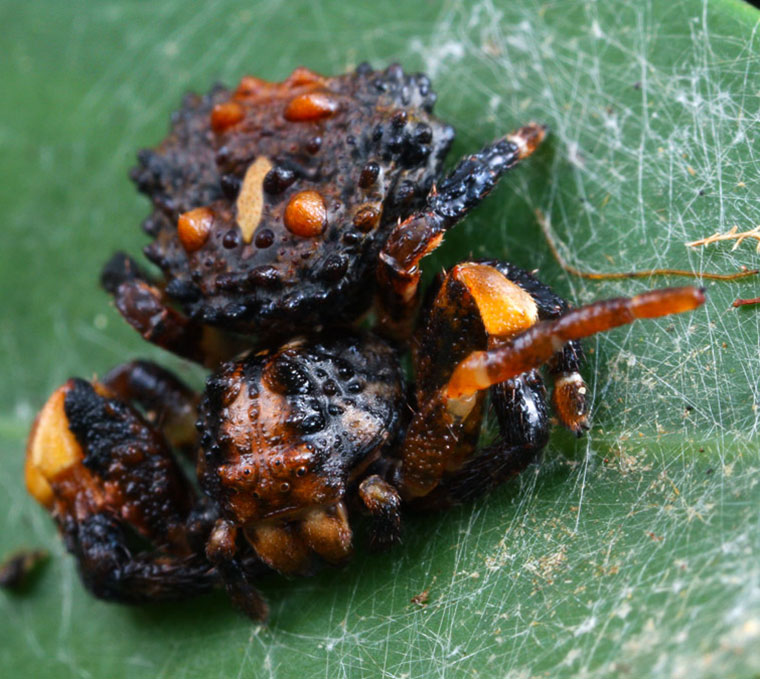 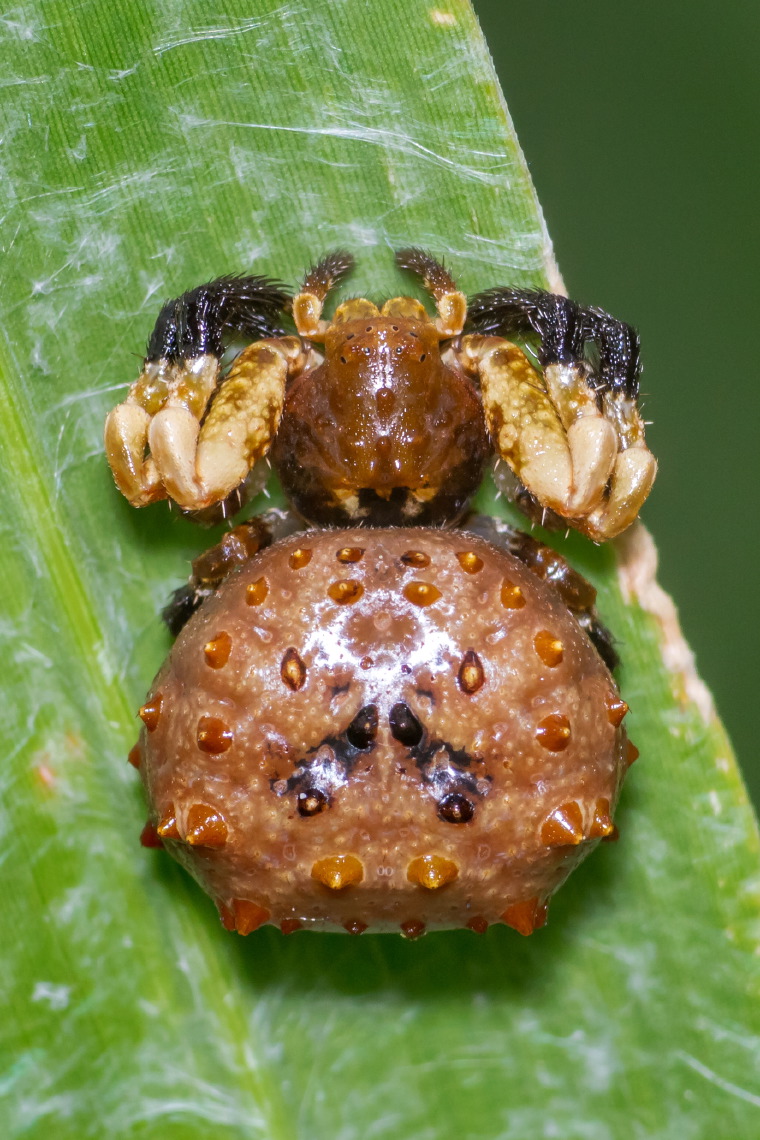 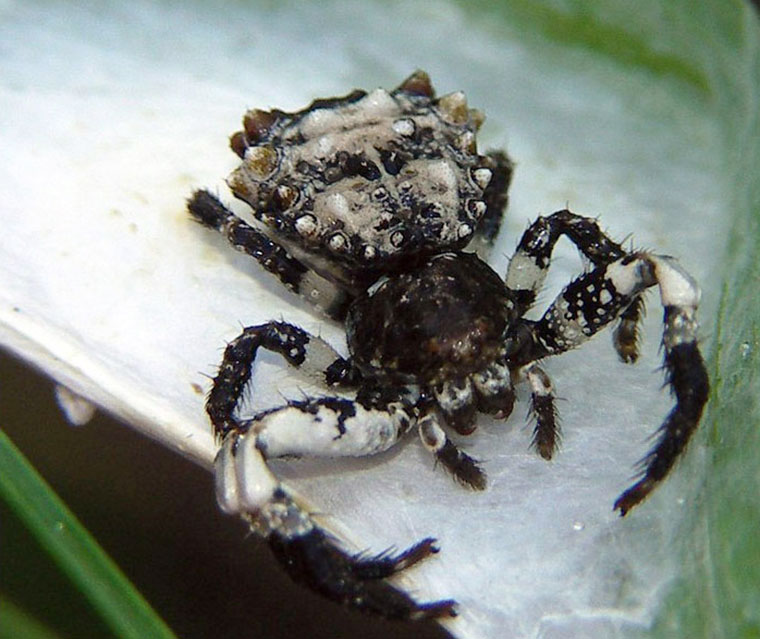 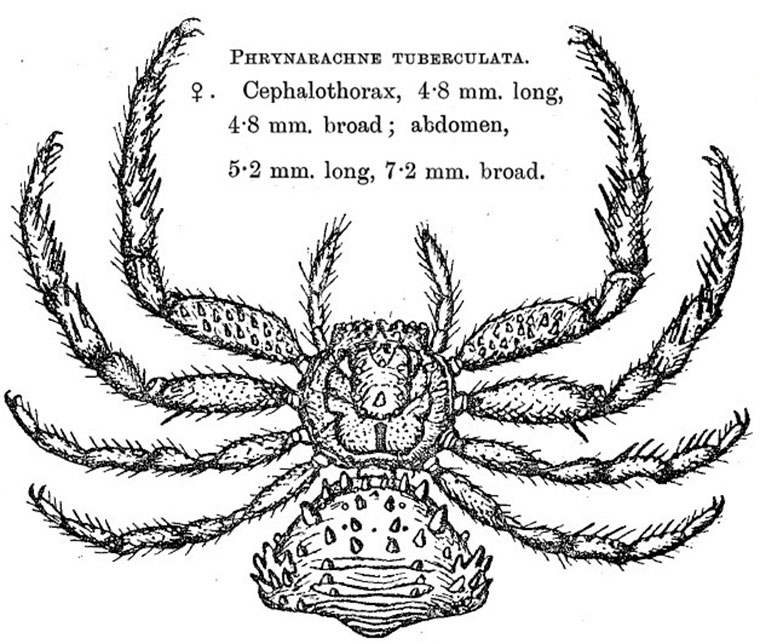 Image: Rainbow
Back : Next
View My Stats