Some inland Cethegus species (the most common, widespread and diverse genus in this family) make burrows in among clumps of grass when the ground is soft, their webs sometimes large and obvious in these tussocks in open country. Most species eat snails, both native and introduced. At night they rush out and bite the soft foot of the snail when they sense it touching the web. 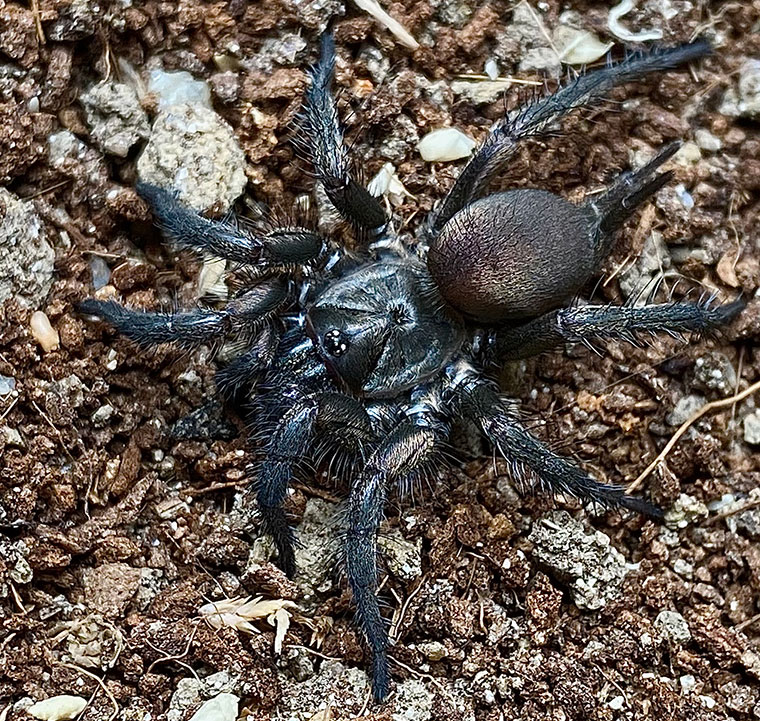 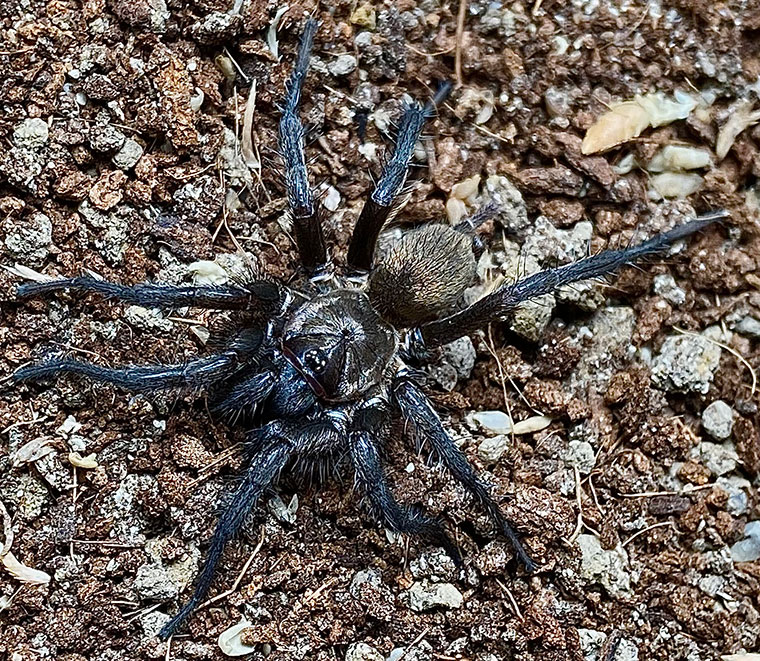 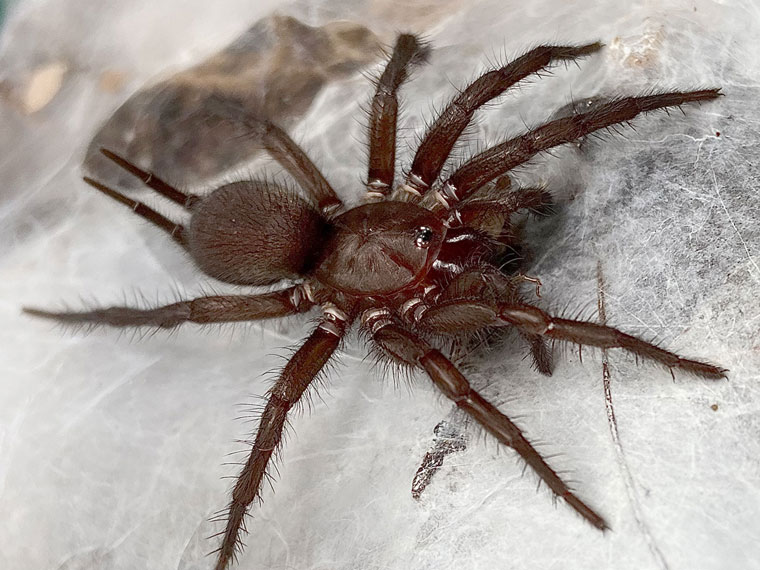 Will Austin
Back : Next
View My Stats