Comb-footed Platform Spiders are common in bushland and gardens in Queensland and NSW. Body and legs mostly dark reddish brown especially underneath, to paler greys with white marks bordering darker areas. Abdomen large in relation to the cephalothorax and pea-shaped, sometimes looking squashed and slightly lengthened. Females build a messy web of folded dead leaves and other detritus around 1m above the ground, connected to shrubs or small trees, with a scatty platform below. In the apex of the retrest the female wraps eggs in one, sometime two or three mauve and pear-shaped sacs, each containing around 80 eggs about .5mm in diameter. Males are similar to females but smaller, to 5mm, with less rounded abdomens. Comb-footed Platform Spiders feed on a wide range of insects including, flies, bees, mosquitoes and beetles. To find this spider, inspect dead leaves hanging between low branches, but be careful, this spider is medium-sized and capable of inflicting bites and injecting venom. It is a close relative of the highly venomous Redback.

Argyrodes incursus, a smaller, jet black spider with a single red spot on its abdomen, described by Mike Gray and Greg Anderson, is a predator of this spider. The smaller spider kills the larger Parasteatoda mundula and eats it, then grows very rapidly, finally making its own egg sac within the dead host's retreat, eating any young or eggs on the way.

Parasteatoda mundula was until recently named Achaearanea mundula. It was first named Theridion mundulum by Koch in 1872. Chrysanthus transferred it from Theridion in 1963. Saaristo put it into Parasteatoda in a major revision in 2006.

Female above, with egg sac 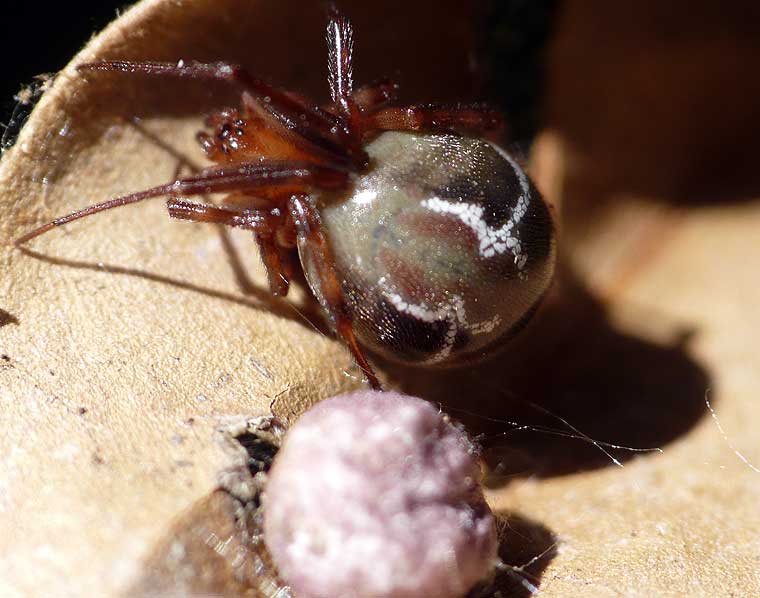 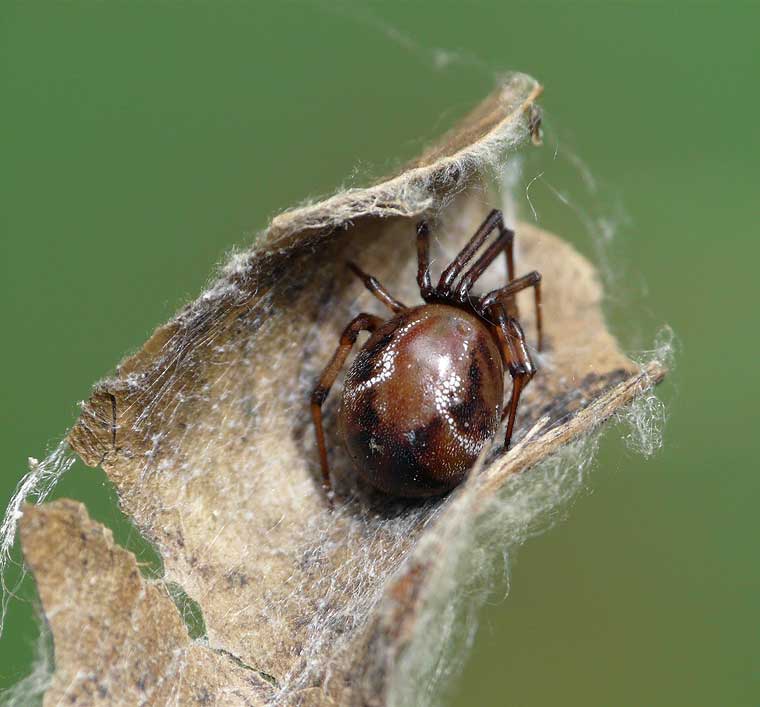 This robust retreat was opened to reveal the spider for the photograph. Body length about 9mm.