This species has been found to have DNA no different to that of Argiope species and may get a name change (unpublished study, pers. comm. Framenau 2009). It is a small spider, more often with lighter and brighter abdominal banding, this one being very dark all over. It builds a small orb web low to the ground and is found all over Australia but rarely noticed. Small star shaped egg sacs are found in the vegetation nearby in February March (Mascord 1980). Like many Argiope spiders it tends to play dead when captured or quickly scampers away. 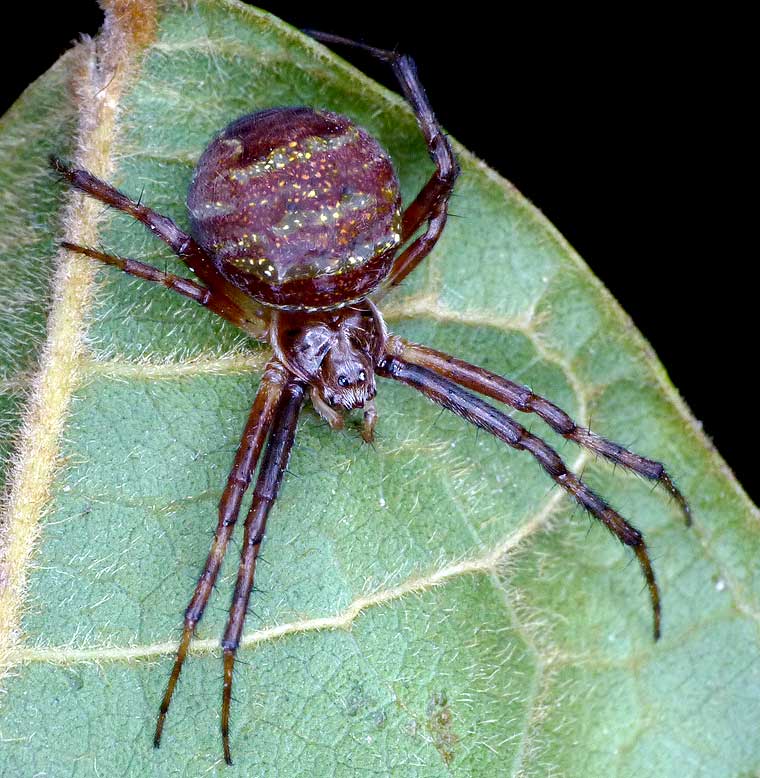 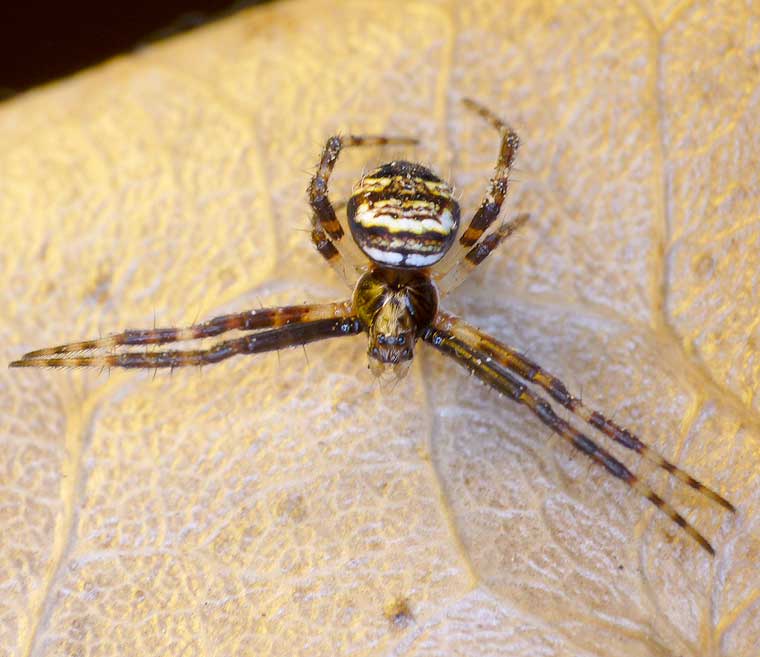 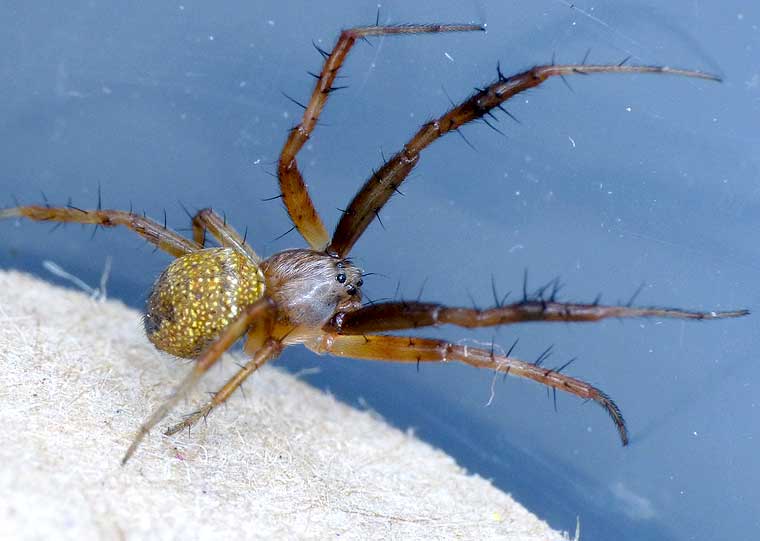 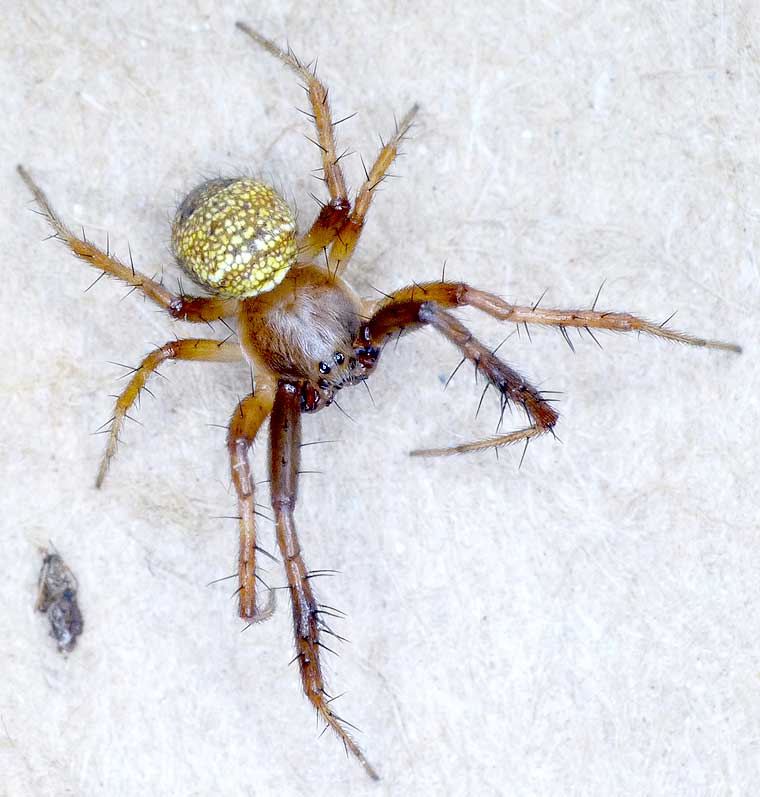 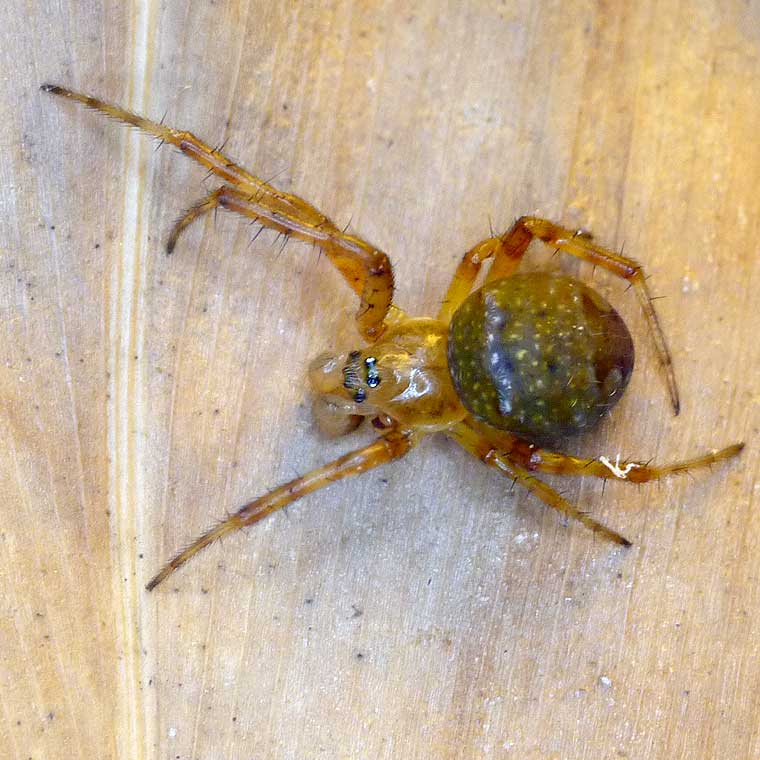