Usually found in a small and rather fragile circular web strung betwen stalks of tall grass or small shrubs. Often has a visible stabilimentum, but not X shaped like St Andrew's Cross, and sometimes absent. The egg sac resembles a small cup with a lid, as is true for Argiope extensa. 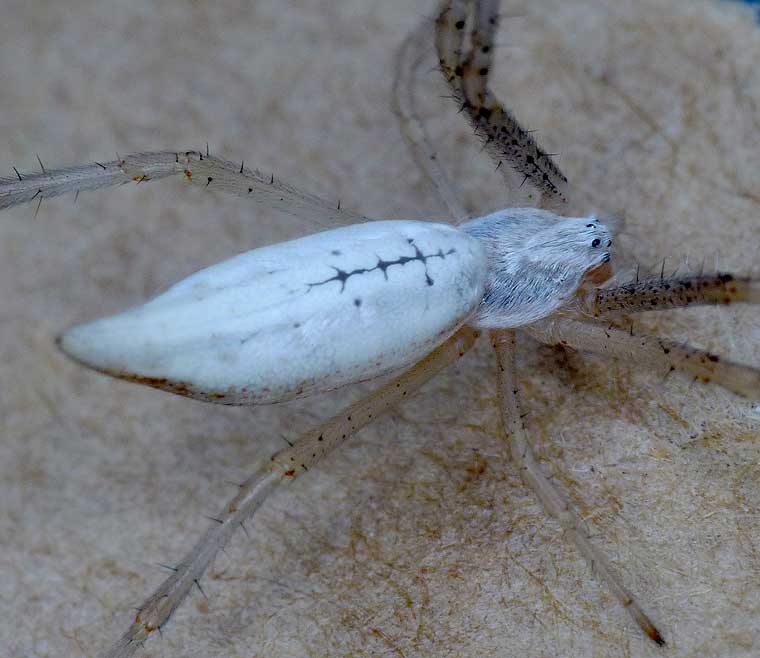 Top side against sky 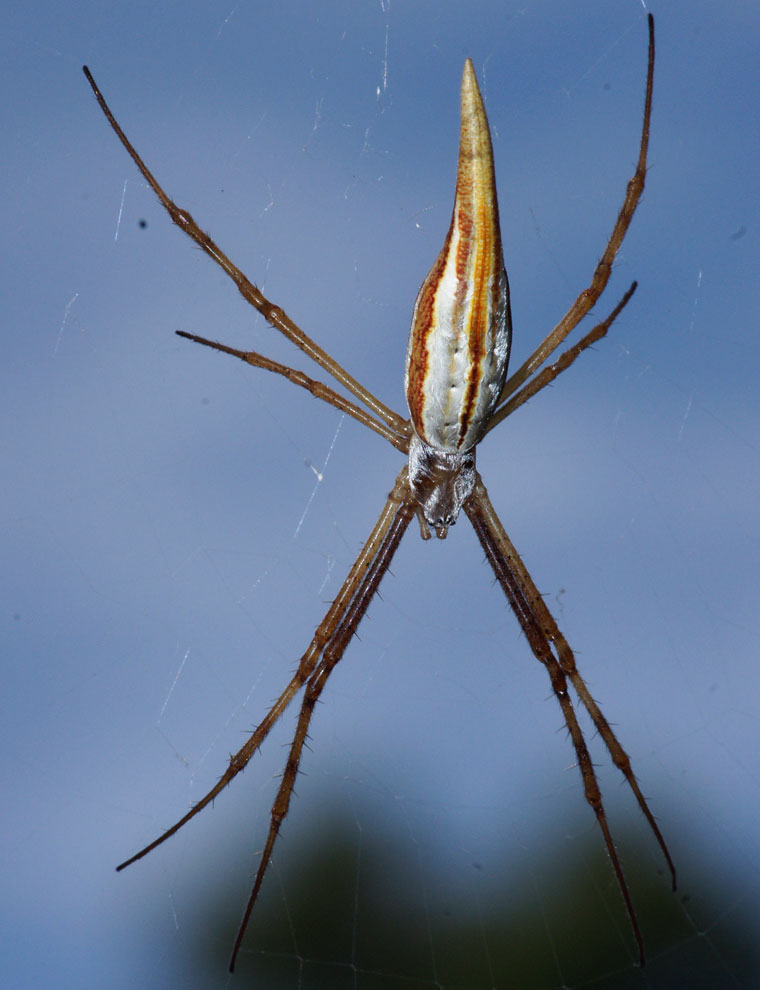 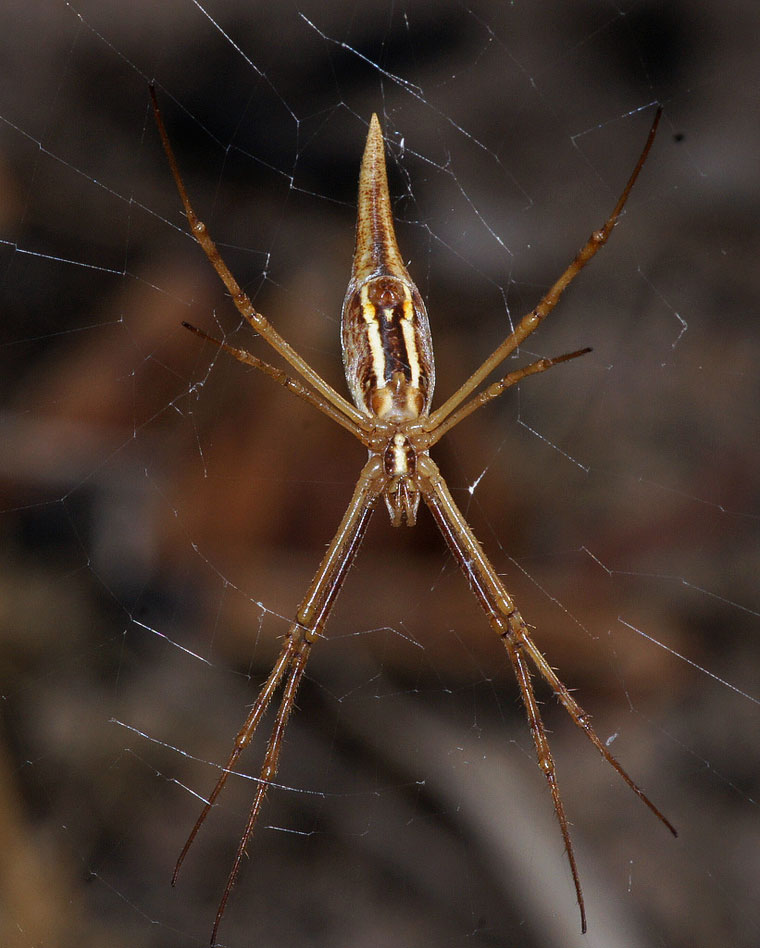 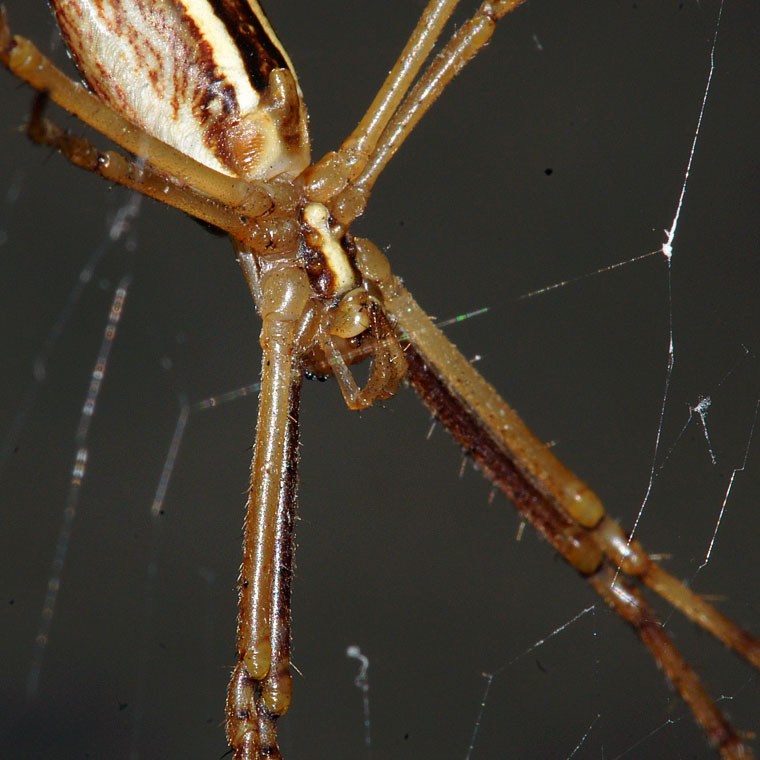 Photo: Ron Kinsey
Back : Next
View My Stats