Psenuc is a new genus for some of the jumping spiders previously in Afraflacilla and Pseudicius, created by Jerzy Prószyński in 2016. Psenuc courti is a Papua New Guinea spider, also found in northern Queensland. The holotype was collected by Marek Zabka and David Court. Like Afraflacilla it has a row of tubercles with stridulatory spines on the side of the carapace from under the anterior lateral eyes rearward to just past the posterior lateral eyes. This is combined with a similar row of spines on the femur of the first leg to make sounds when rubbed together, presumably for communication. ♀ 6 mm ♂ 4 mm 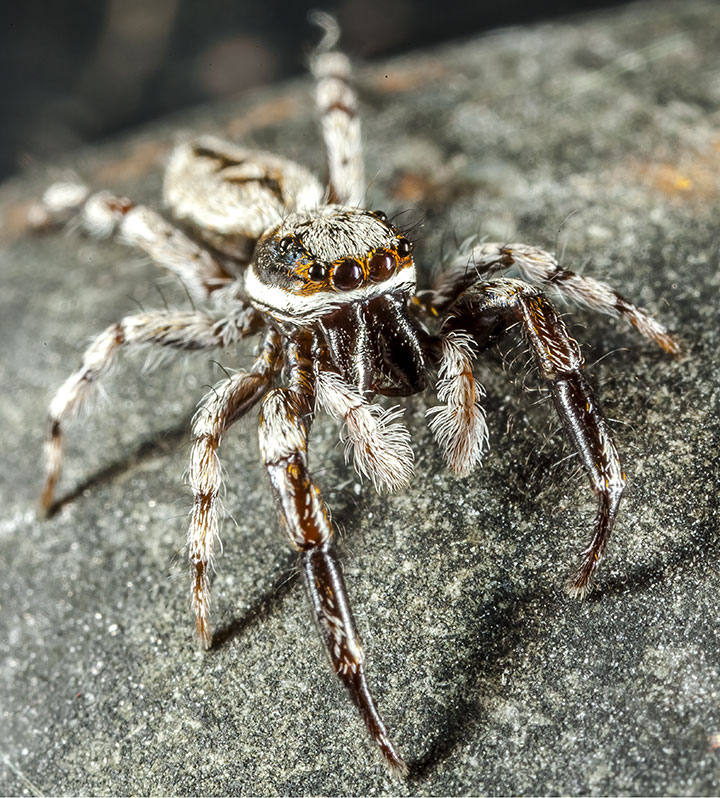 Photos: Robert Whyte
Back to top 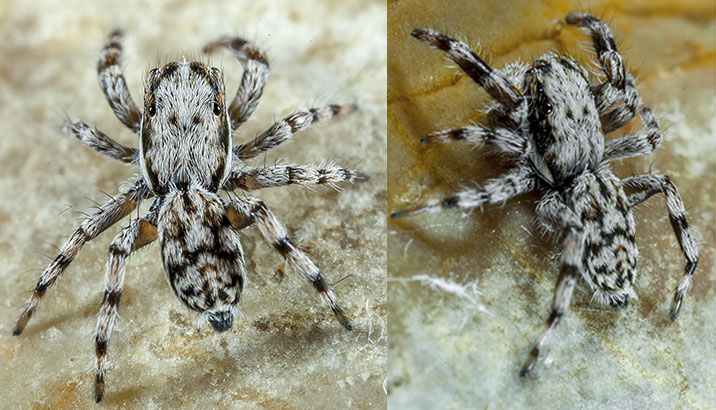 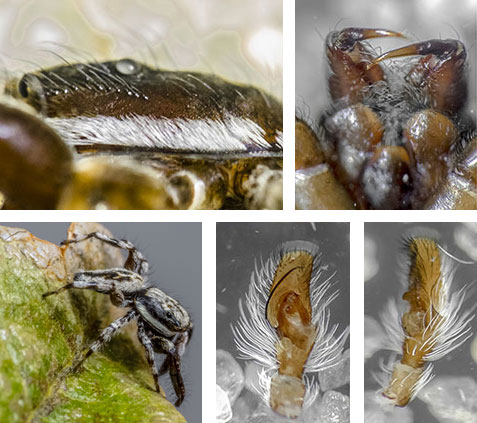 Photos: Robert Whyte
Back : Next
View My Stats