The golden-tailed ant mimics in Myrmarachne mimic various species of Polyrhachis ants, of which there are many in South East Queensland, including some not yet described (Burwell, pers. comm). These spiders are good specific mimics, usually associating with just one species of ant. They do not prey on the ants. The mimicry is used for protection, ants being not as much sought after as spiders by predators. As well as being excellent visual mimics these spiders also wave their first pair of legs in the air. It has been proposed this leg movement and the bobbing of the prosoma is behavioral mimicry of the antennal movement of ants, presumably increasing the spiders' resemblance to the ants to avoid predation. (Ceccarelli, 2008). This genus and its subfamily Myrmarachninae are named after the sub-family of ants Myrmicinae. The name Myrmarachne translates as ant-spider. The main region for about 80 described species of Myrmarachne world wide is the tropical belt from Africa to Australia, but several species also occur in the warmer parts of the Old World and in the tropics and warmer parts of the New World. Many Myrmarachne are yet to be described.

This female is arching up and waving white tipped legs to mimic a golden-tailed ant. This specimen about 6.5mm body length. 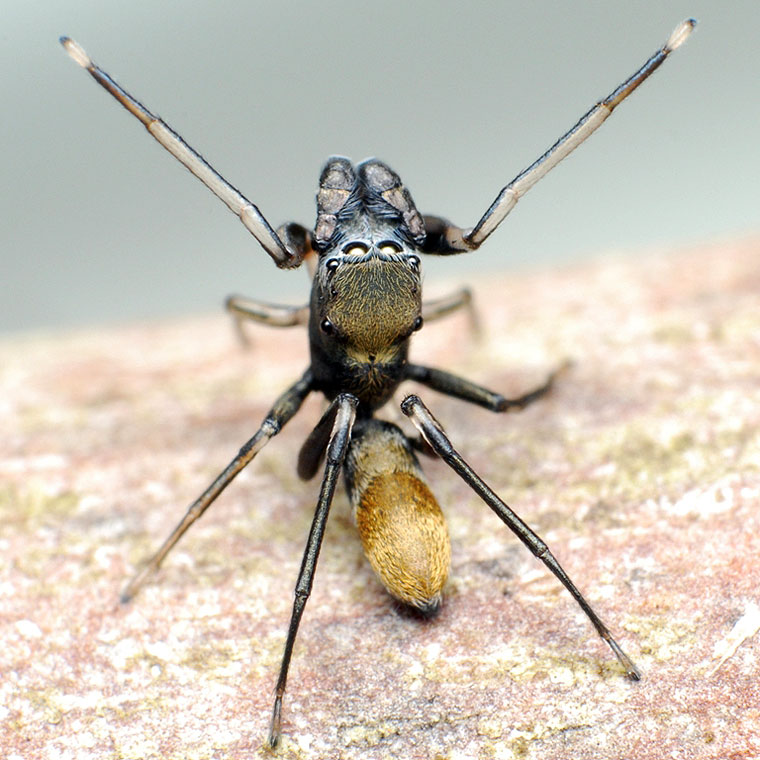 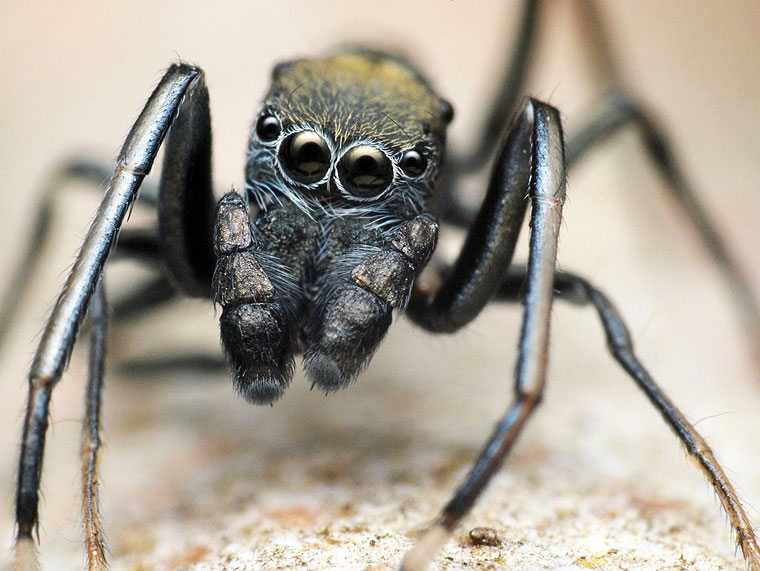 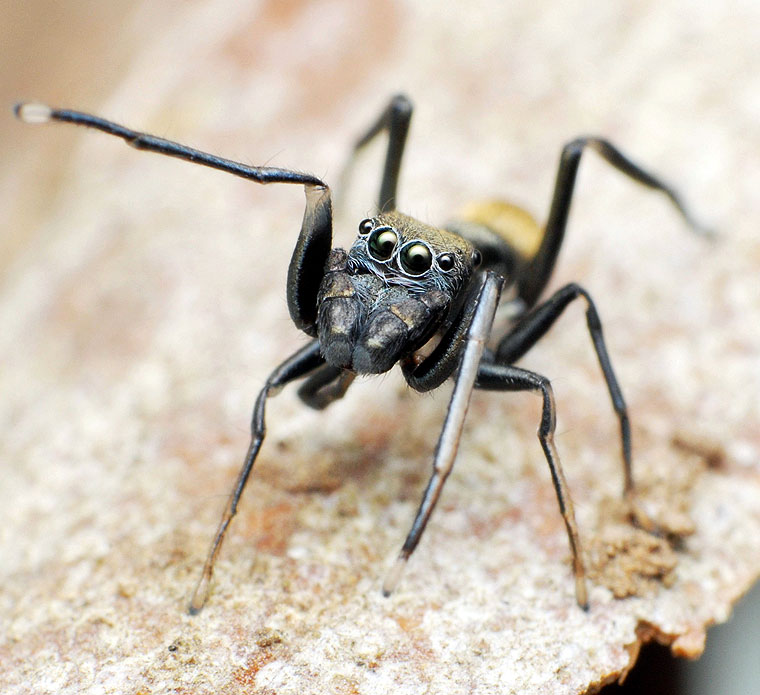 Male, side view from above 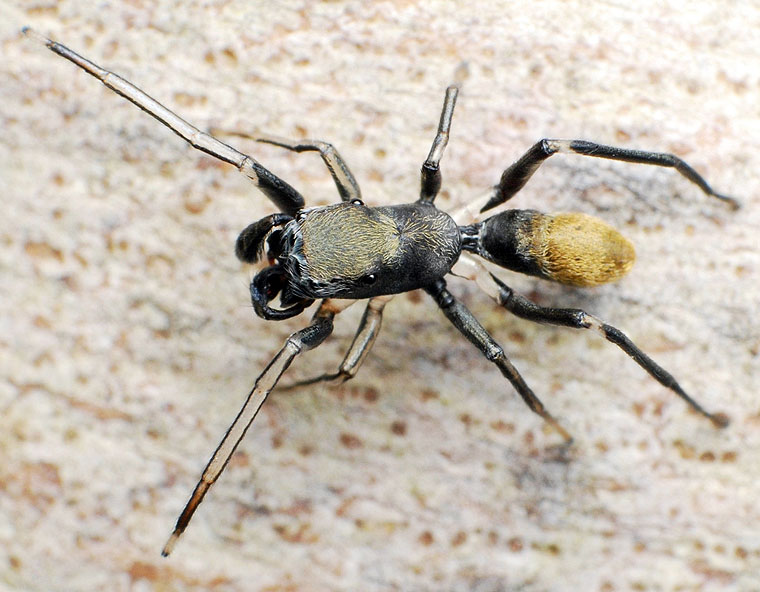