Widespread and common ant mimic in coastal and inland eastern Australia, including Tasmania, in several distinct forms. Most specimens have a gold coloured abdomen to imitate Polyrhachis ants. While luctuosus is latin for mournful, in species names it often meant dark, referring to the relative dark appearance of the specimens being viewed during the original description. ♀ 7mm ♂ 5.5mm 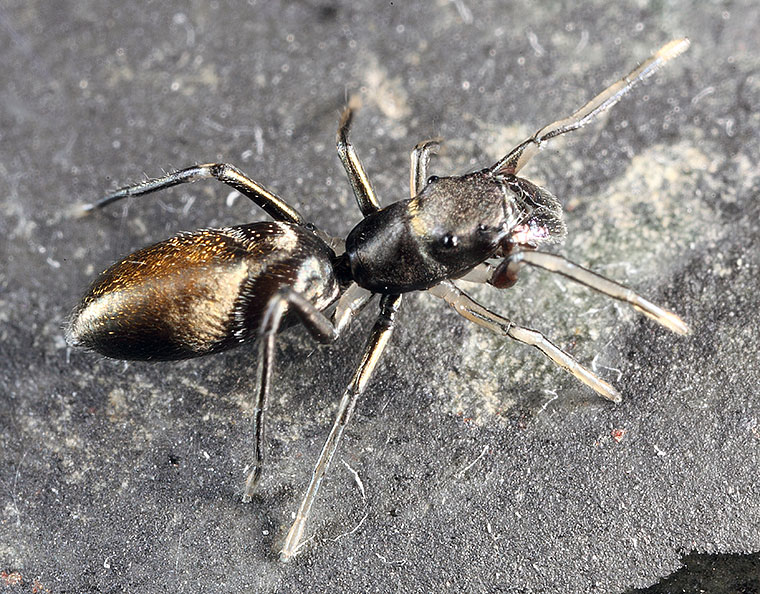 Photo: Iain R. Macaulay
Back : Next
View My Stats