Thwaitesia nigronodosa was described by Rainbow in 1912 from specimens collected in the Blackall Ranges in the Sunshine Coast hinterland, South East Queensland. It is an attractive small spider in Queensland rainforest and rainforest margins, often along creeklines, hiding during the day under leaves in a small tangled web. Its "stained-glass" or mirrored surfaces are probably helpful in making it hard to see by scattering light. The species name nigronodosa means black blobs or "nodes" which can be seen at the front, sides, and rear of the abdomen, along with gold, yellow and silver patterns. The sides are translucent with irregularly shaped blobs of silver, created by guanocytes on the gut diverticula depositing silvery guanine. Some species can contract these collections of guanocytes so as to change colour by reducing the amount of reflective silver. These spiders may be indicators of good quality habitat as surveying shows greater abundance in biodiverse, structurally complex natural bush than in nearby disturbed areas. ♀ 5mm ♂ 4mm 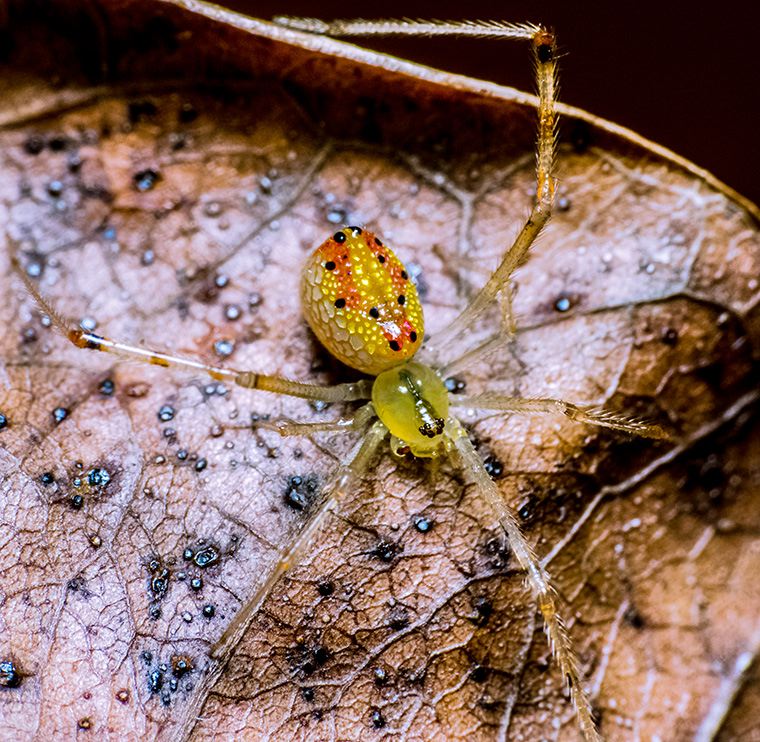 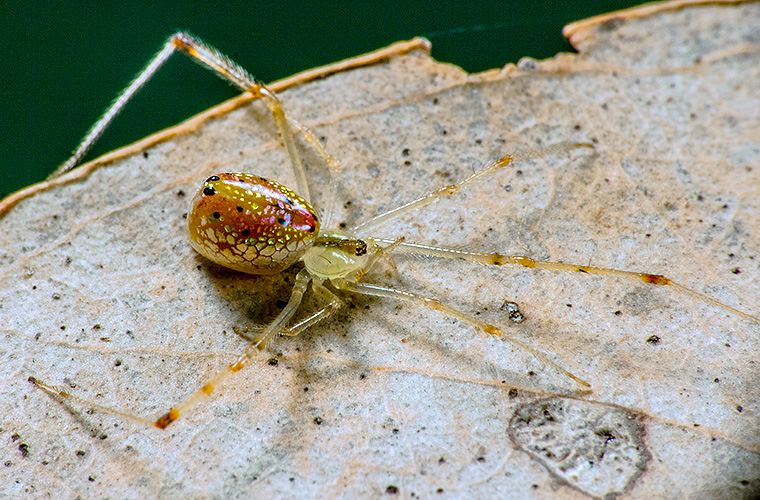