This spider is named after its discoverer, Stuart Harris, who found a single male at Boroomba Rocks (Namadgi National Park) south of Canberra, Australian Capital Territory, at an altitude of 1248 m 35 33' 43.8" S, 148 59' 35.0" E. The carapace, top of the cephalothorax, has a U shape marking out the eyes, but is mostly dark. The abdomen, including side flaps, is colourful, white with long hairs at the leading edge and having three dark blobs at the rear, the central one largest. There are two white blobs in the rear half of the upper surface and a thin upside down V shape running lengthways from the leading edge, starting red and continuing dark. On either side of this V are similar single lines running lengthways. Each flap when extended, looks like a bulging disk of light olive-green, dark at the leading edge, white at the rear with a small black spot. Leg III, often raised in courtship displays, is longer than the others. M. harrisi resembles M. vespertilio in many respects, but the colouration is quite different.

Male from above with measurements 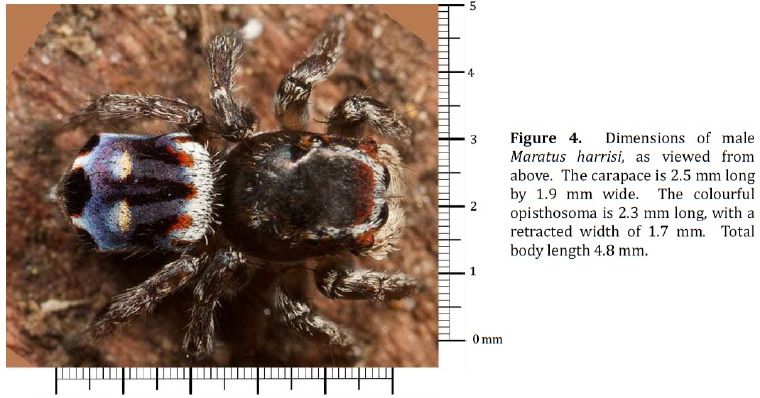 Male, views from all sides 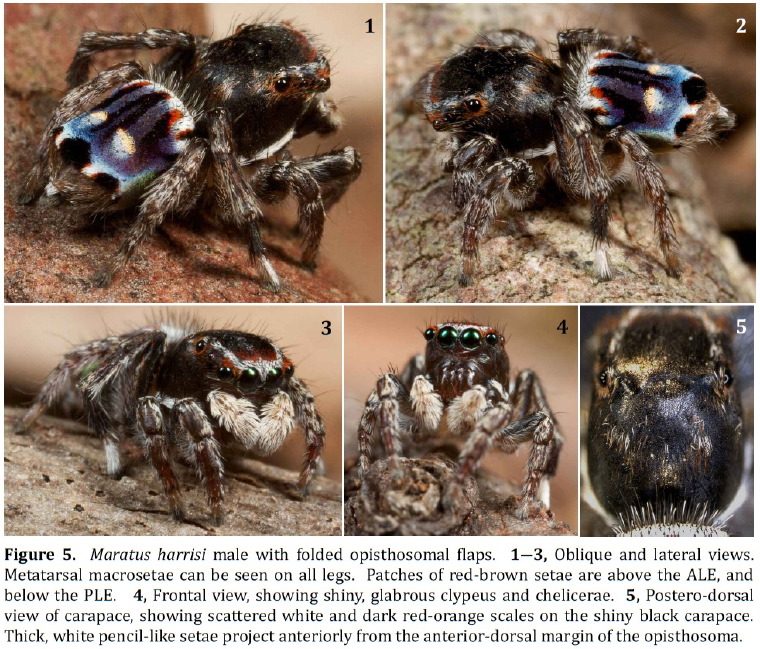 Male displaying to a female

The female was from a closely related species. 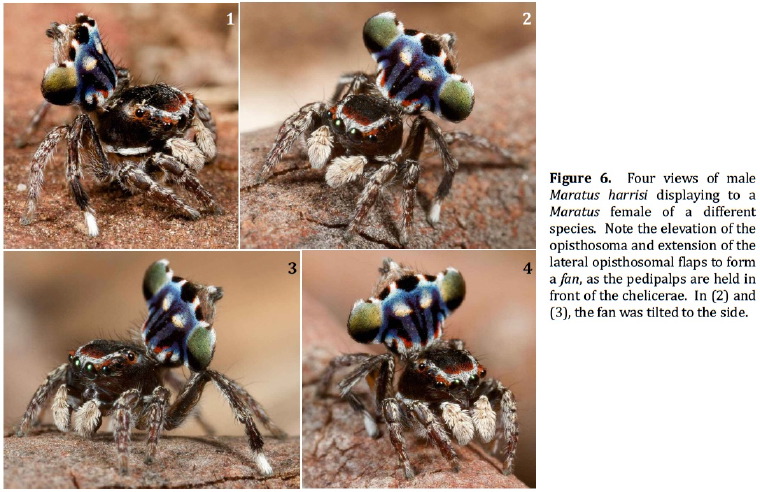 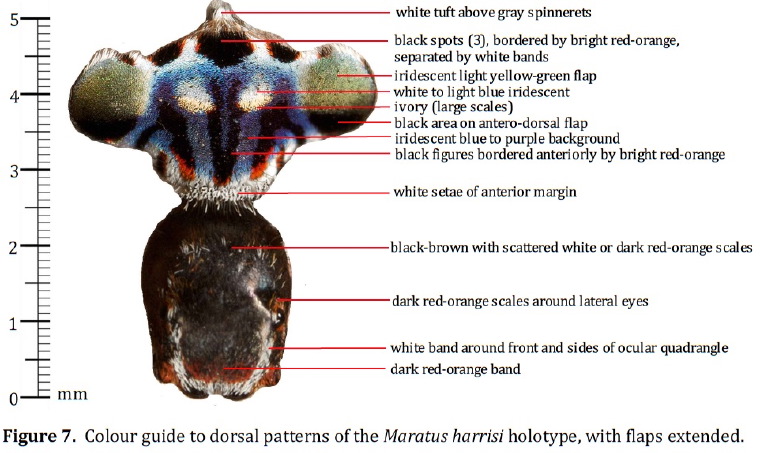 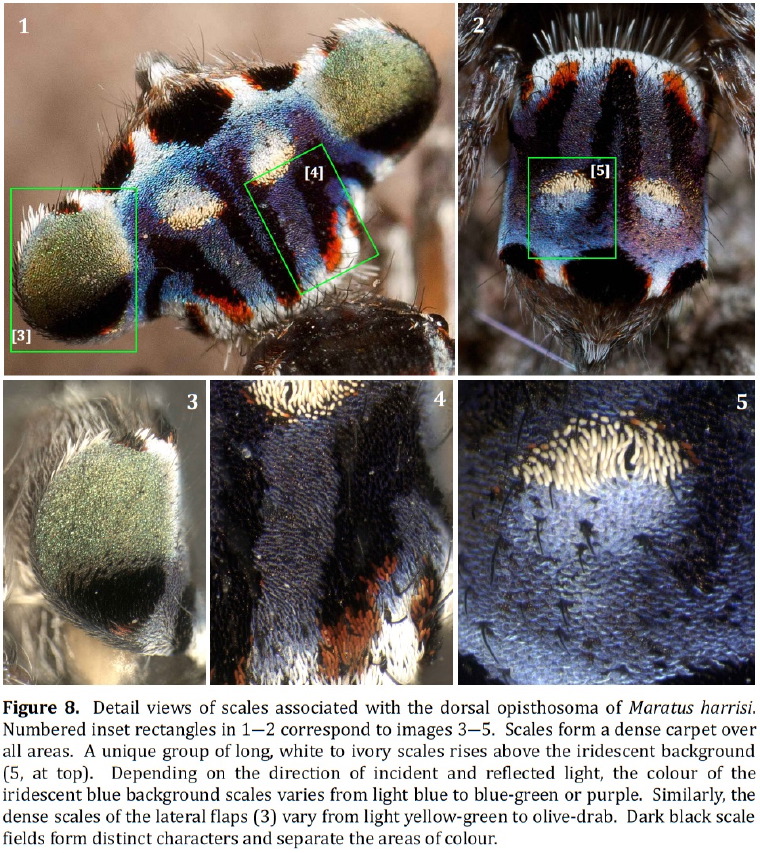 Photo: Jurgen Otto
Back to top 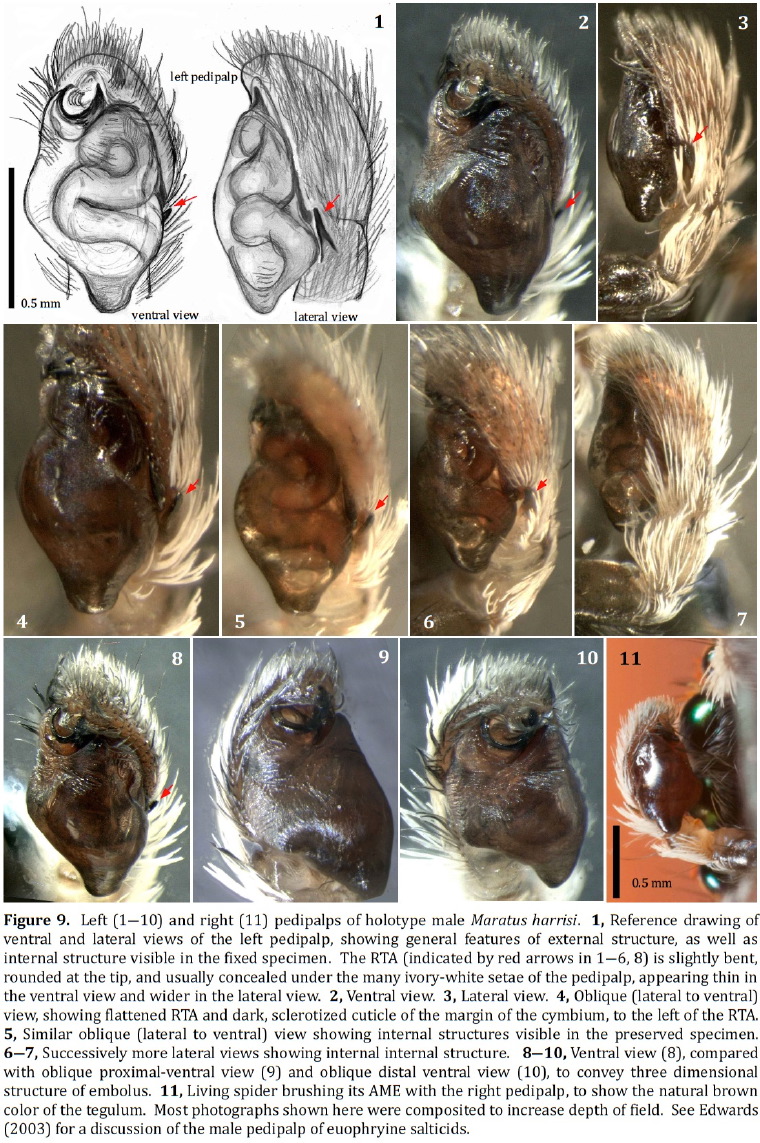 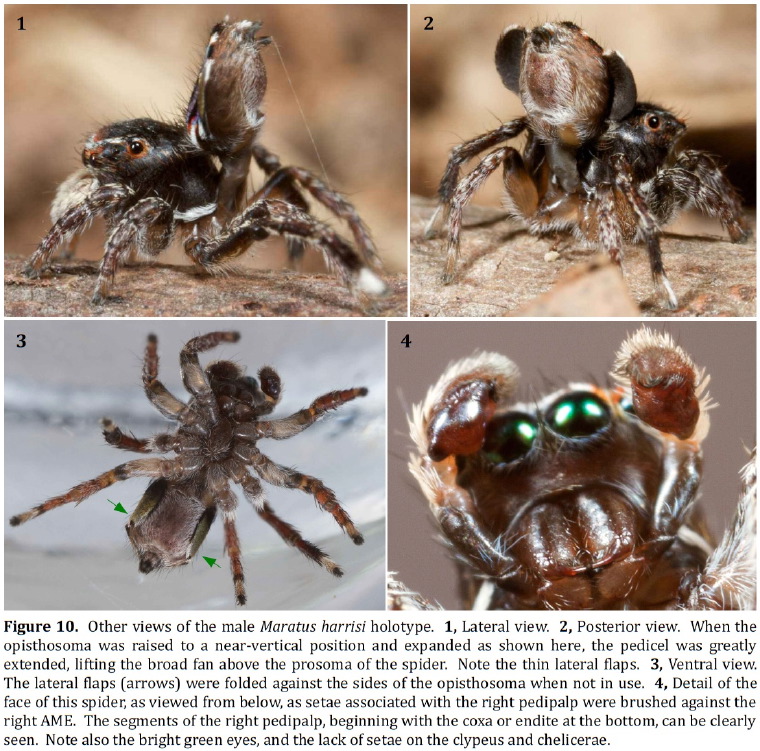