A species in the mungaich group with a large central black patch on the male's fan. There are six other species In the mungaich group with a large central black patch: M. sarahae Waldock 2013, M. karrie Waldock 2013, M. mungaich Waldock 1995, M. madelineae Waldock 2014, M. melindae Waldock 2013 and M. hortorum Waldock 2014. M. sarahae and M. karrie both have a wide central black patch on the fan with a blue transverse line at the center and a large black spot at the center of each flap, therefore cannot easily be confused with M. gemmifer . Maratus madelineae also can be easily distinguished from M. gemmifer by having the large unpaired black patch in a more posterior position. The differences between M. gemmifer and the remaining species are more subtle. Maratus mungaich has a small black spot near the centre of each flap, bordered by another spot of bright, blue-white iridescent scales to the rear, whereas M. gemmifer lacks the small black spot and instead has a larger patch of blue-white iridescent scales in this position. Maratus melindae has no spots at all in that position. Maratus hortorum can be distinguished from M. gemmifer by having two blue spots within the central black patch, a feature that also distinguishes this species from all other species in the mungaich group. M. gemmifer may also be separated from M. melindae corus by its lack of a more pronounced white tract behind the eye region. Collected in Banksia woodland at Karnup Nature Reserve (32.371257°S, 115.827134°E, 8 SEP 2016, coll. D. Knowles ♀ 5.1 mm ♂ 5.1 mm 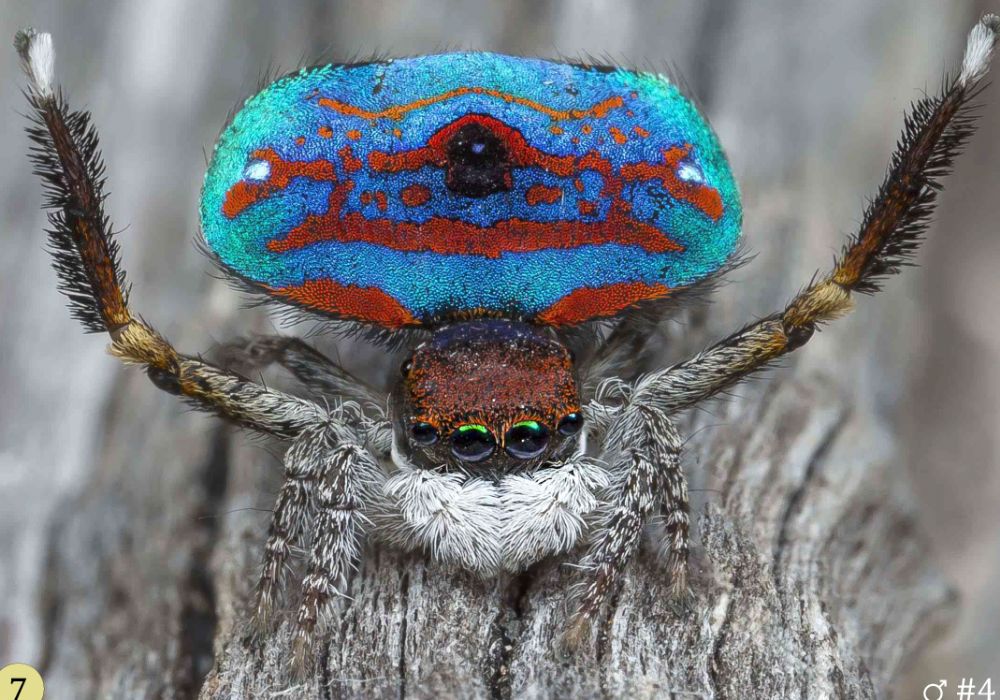 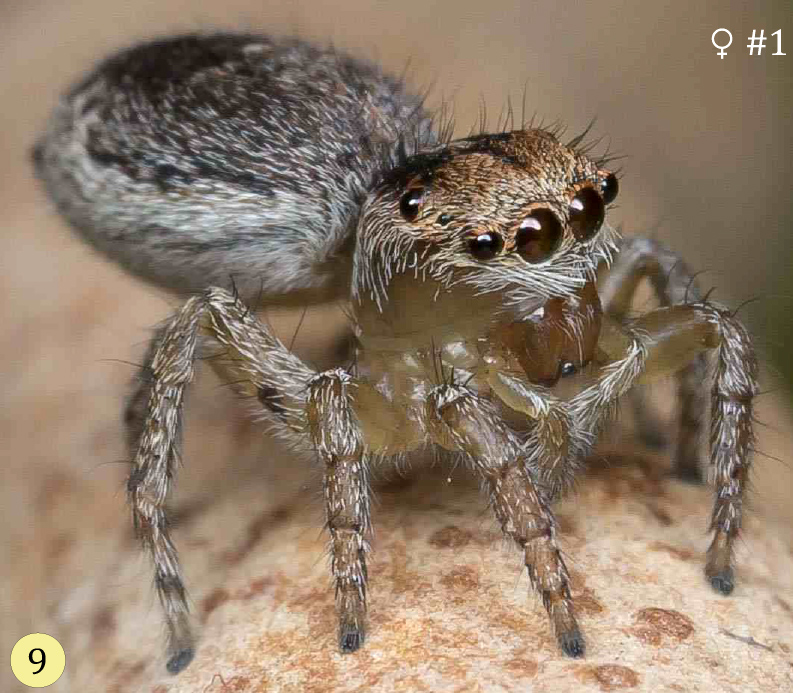