A medium-sized jumping spider in the eastern states of NSW, Victoria and Tasmania, in most habitats. A photogenic species, quite content to sit in sunshine on a leaf or bark and watch the camera lens. Most common in eucalypt forest where it builds retreats under bark, sometimes in foliage. It seems to hunt under bark as well as across a wide range of surfaces. The adult male and female can be around the same size and can be quite large as far as jumping spiders go, but this is a very variable species. Males are generally smaller, more slender and darker, with heavier front legs. The background colour of the abdomen can be white, light yellow, orange, light brown or dark brown not only for this species, but all the species in the genus. The abdominal colour patterns can vary from intense black, through browns to light orange. They can be well marked to almost non-existent. Diverse patterns can be found in the same species even when taken from a single locality. (Note Mark Newton's specimen from Thompson Beach South Australia which has a prominent dark stripe running lengthways down the abdomen, white 'eye' spots on its flanks, and a two prominent dark lines on the head converging to the front, appearing like 'angry eyebrows'.) The species name comes from the Latin incanus meaning grey and hoary. In 2012 Barry Richardson found the previous name Servaea vestita to be a junior synonym of Servaea incana ♀ 11mm ♂ 9mm 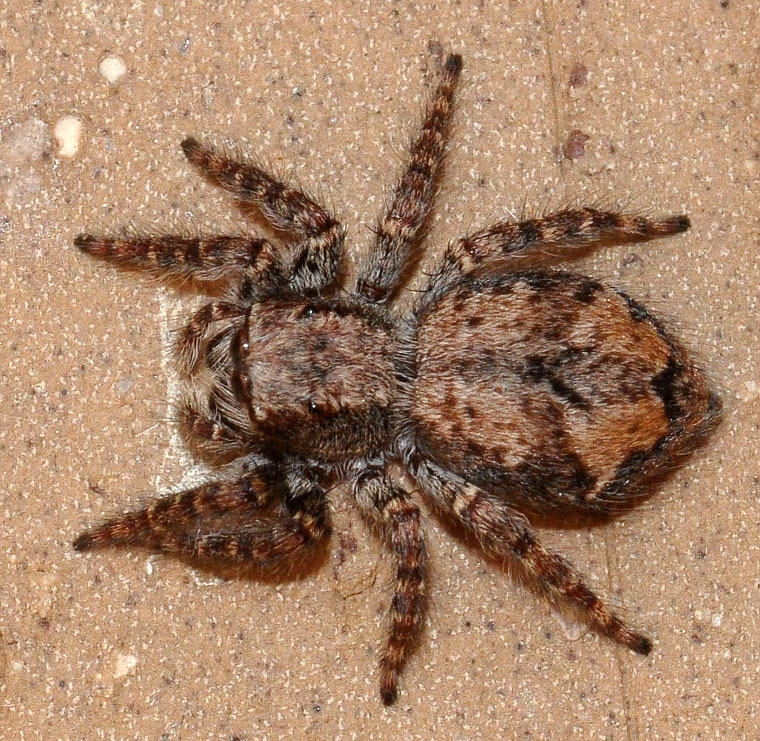 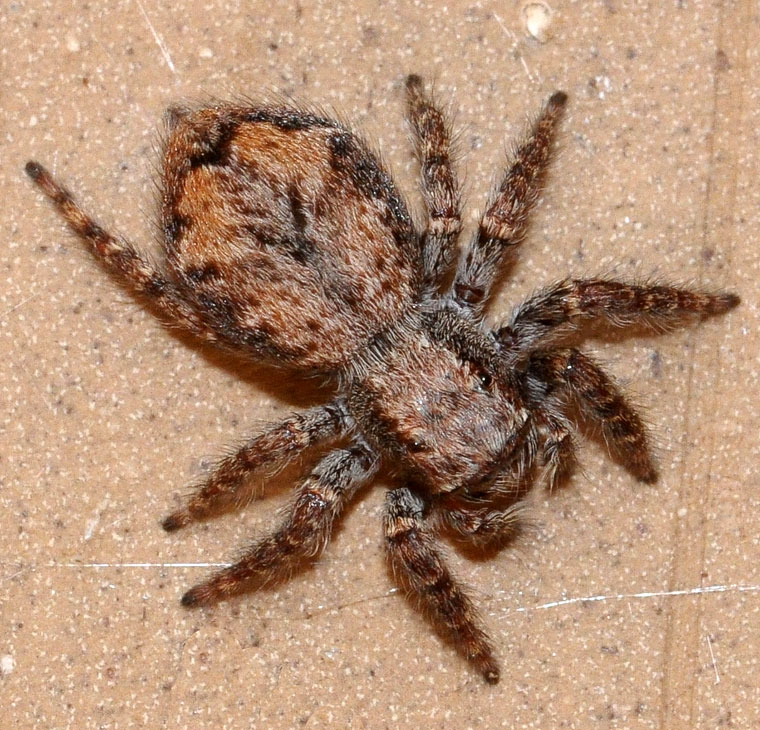 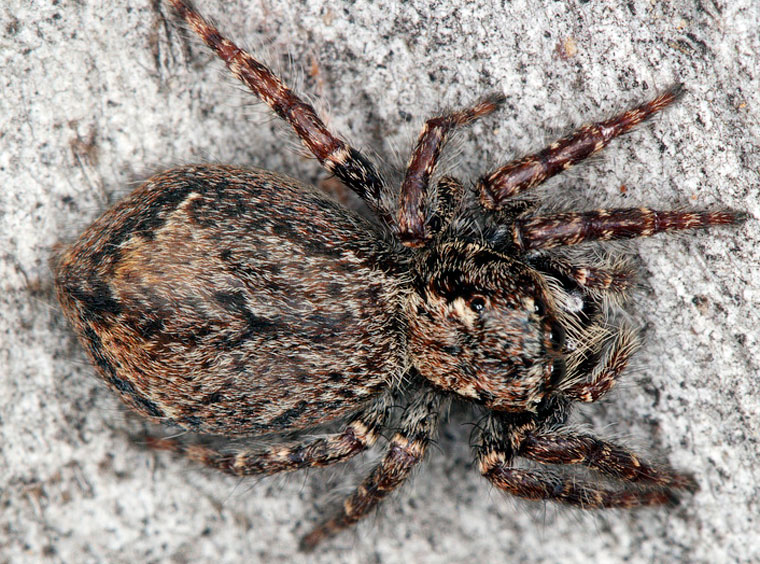