Poltys is a distinctive araneid genus recognized by widely separated lateral eyes and a pear-shaped carapace where the "stalk" of the pear is an eye tubercle. The Australian species are active at night, building fine meshed orb webs. Adult males are small and do not make webs. Females are medium to large spiders. Moths are the most frequent prey. The spiders are camouflaged during the day, motionless on vegetation, the legs drawn tightly around the cephalothorax with just the median eyes protruding between the legs. In this position they resemble part of a dead twig, a gall or a broken piece of wood. P. illepidus is one of the most common and widespread species the genus, found throughough coastal northern Australia and South East Asia. The type was found in Singapore. The name illepidus means rude, rough or disagreeable and was probably thought to be appropriate to rather lumpy and irregularly shaped specimens. ♀ 10mm ♂ 6mm (Smith 2006) 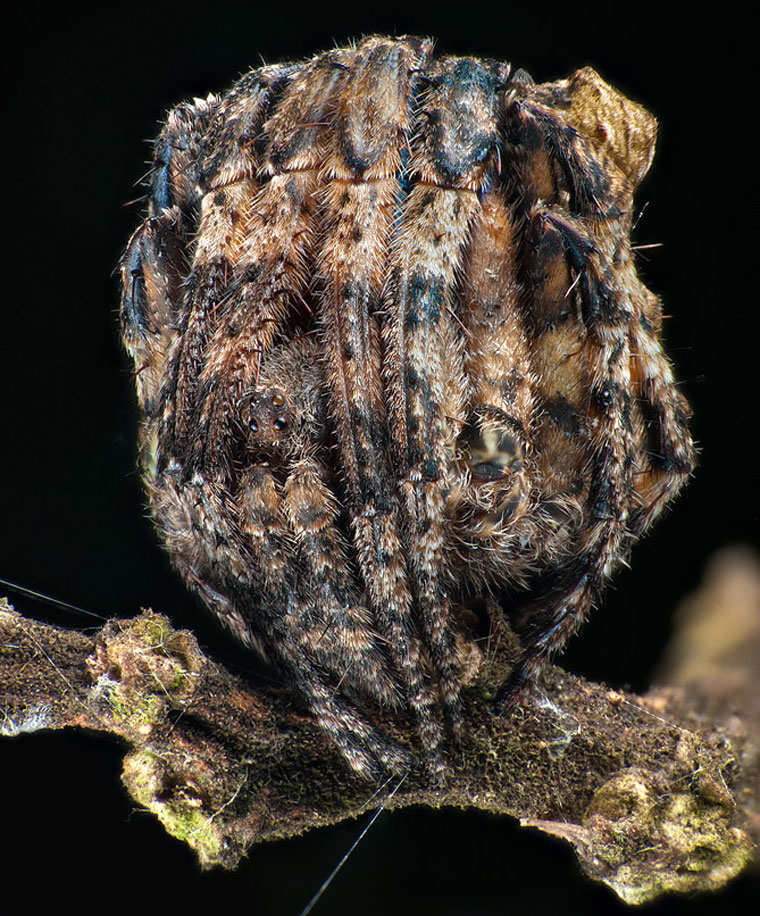 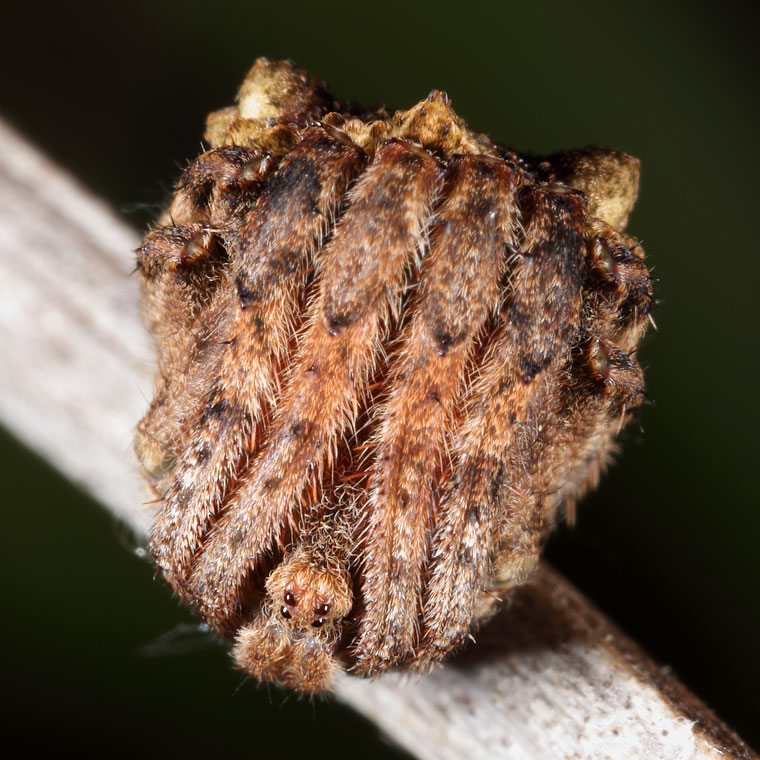 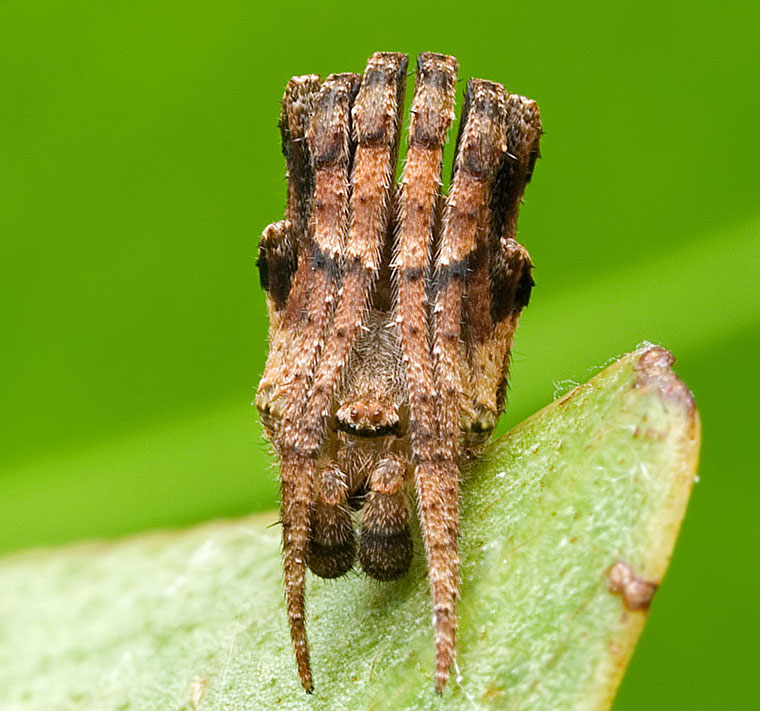 Male from behind, showing abdomen, Singapore 2008 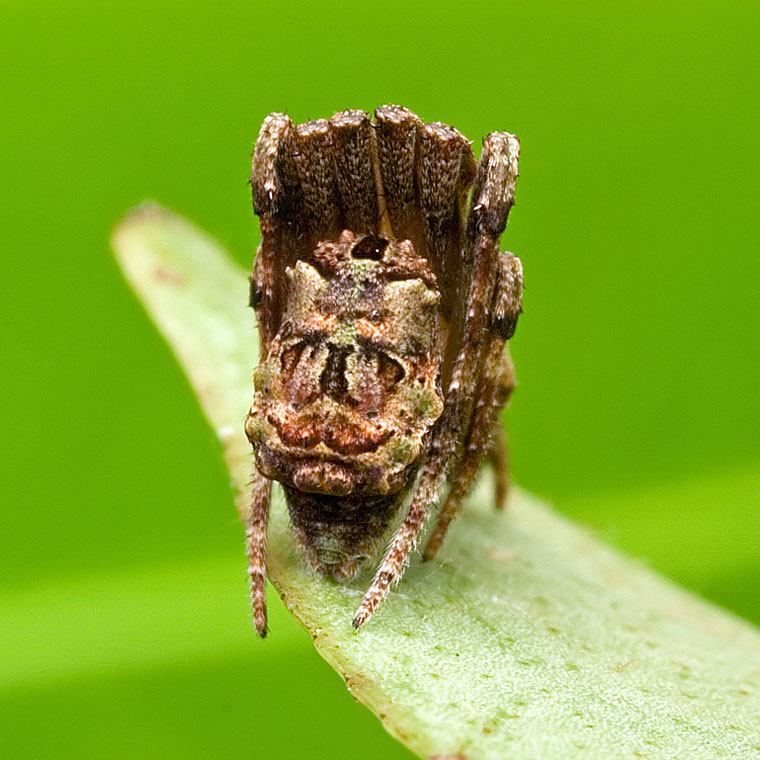 Female from side, face at right, Singapore March 2008 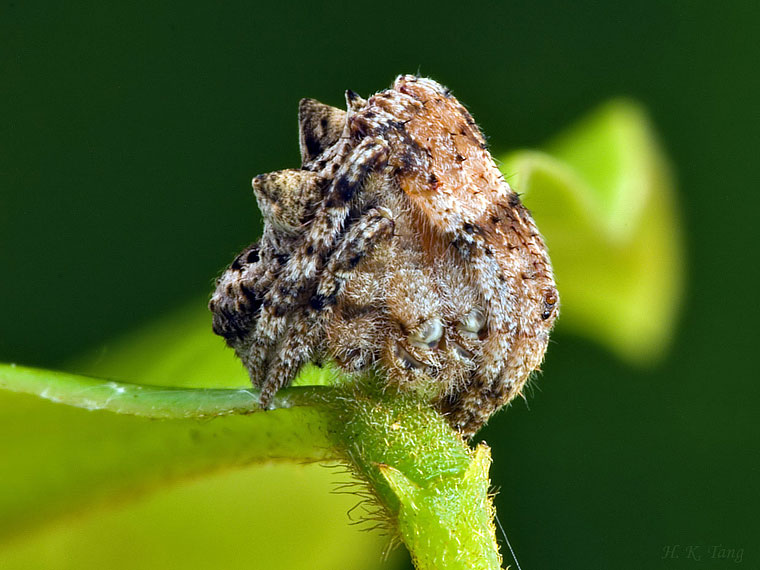