A widespread species of orbweaver, males tiny, found in most parts of Australia though rare in Victoria and not found in Tasmania. It extends inland in the eastern states but is mostly coastal elsewhere. The name laciniousus is Latin for "`wrapped up", referring to the compact arrangement of its legs held tightly against the highly peaked body, making a thorn or twig-llke shape which helps it escape detection by predators during the day. It spins a finely meshed web at night. ♀ 8mm ♂ 2mm 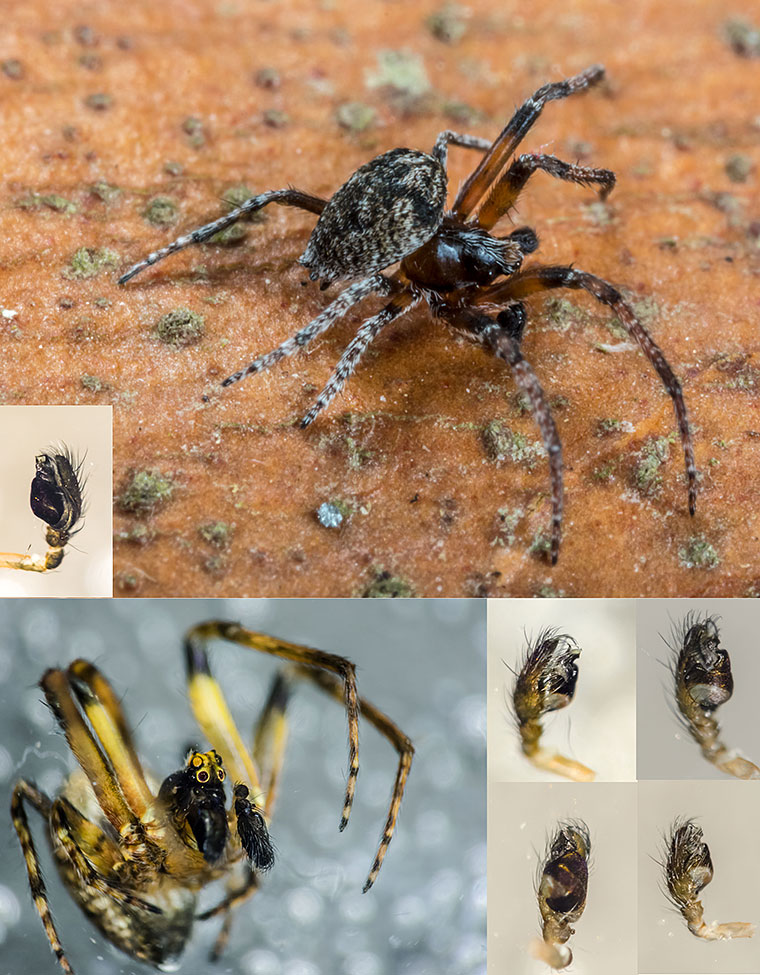