Home › Araneomorphae › SPARASSIDAE Huntsmans
Back : Next

A large spider whose range is concentrated in inland NSW and Victoria but has been recorded also from coastal parts of eastern Australia north to Mackay, from Tasmania and north West Western Australia. The latter two locations may have been hitchhikers with humans. It is one of the badge huntsman spiders, recognizable by their prominent shield shape markings on the underneath of the abdomen, previously known as Olios and Heteropoda. The male is larger than the female. Most easily recognised by the yellow bands on the legs, visible from below. The species name might mean 'hard belly'. ♀ 16mm ♂ 18mm

Male Mt Lonarch Victoria from above 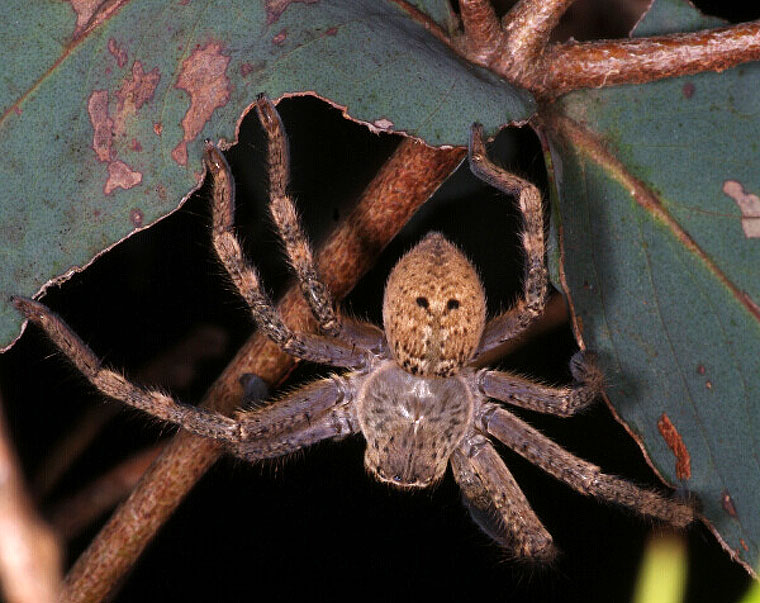 Male Mt Lonarch Victoria from below 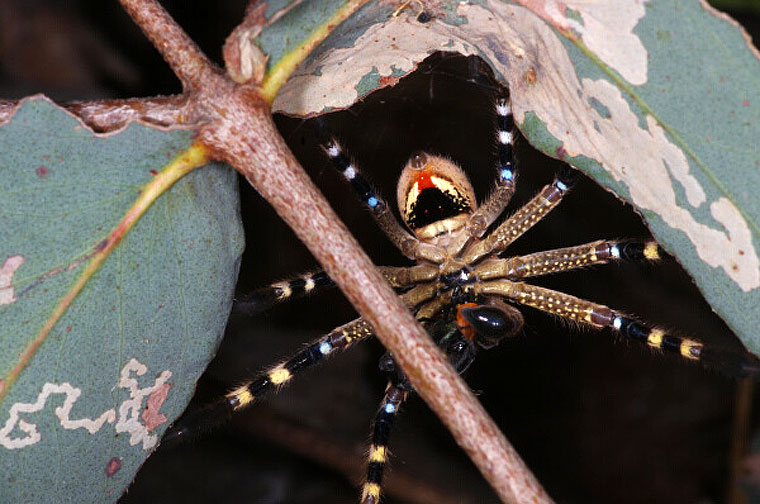 Photo: Wendy Moore
Back : Next
View My Stats