A medium-sized orbweaver from Northern Territory and Western Australia found in monsoonal and coastal areas even quite far south on the western coast. It is quite similar to Argiope katharina but judging from photographs more colourful. A. katharina appears restricted to Katharine Gorge. The spider waits in its web upside down both day and night. The species is named after Amalie Dietrich, 19th century collector of spiders for Godeffroy. The holotype was found at Pyramid Pool Cave, Western Australia. ♀ 13mm 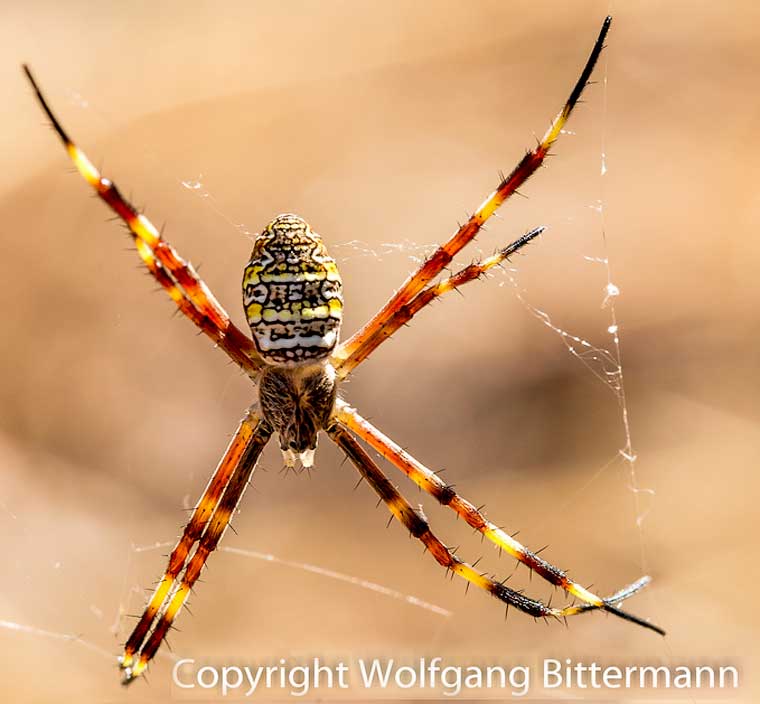