Medium-sized to large prowling spider with dark legs with dark stripes on the upper surface of the head and body. Two white stripes on the underside of the abdomen form a V. The Koch illustration suggests the central V lighter mark on the upper surface of the abdomen extends well beyond half way. Found In coastal Australia, including Tasmania but not yet reported from Northern Territory in aquatic habitats near swamps, mangroves and creeks. These spiders are known to be a food source for the Cattle Egret. It is a fast-moving ground hunter mostly eating insects and breeding in summer, the egg sacs in a retreat hidden in amongst vegetation, under rotting logs, stones or other dark crevices. Records show its distribution is greatest in the coastal regions of eastern Australia. ♀ 18mm ♂ 16mm 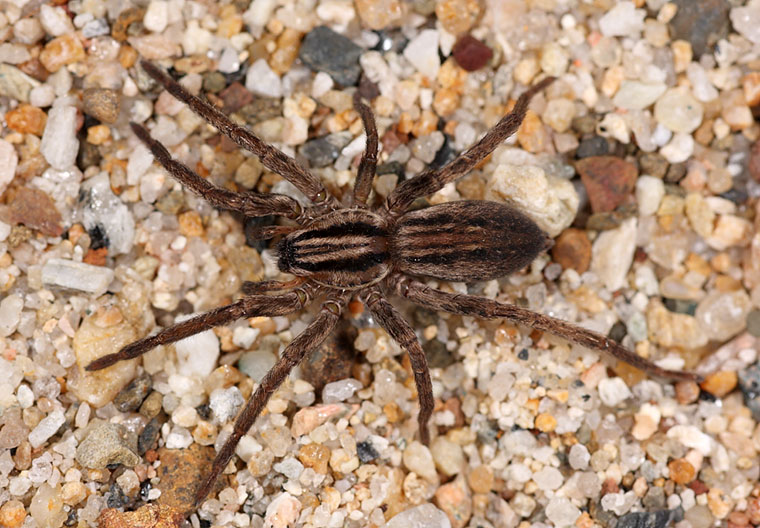 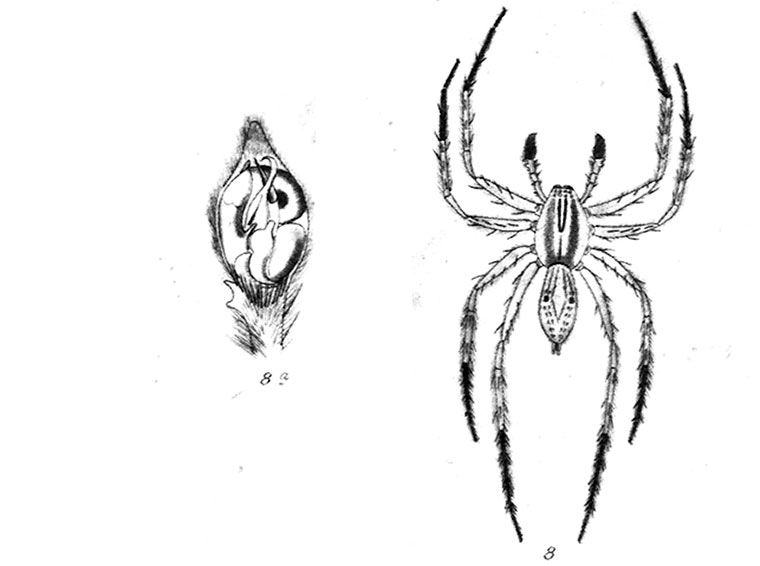 Illustration: L. Koch
Back : Next
View My Stats