A small, slender ant mimic, sometimes entirely dark brown to black, but mostly with a red or orange mid-section, imitating Opisthopsis 'strobe ants', found in rainforest and fringes on the North Queensland coast and around Darwin, Northern Territory. In particular this species appears to imitate Opisthopsis haddoni Emery, 1893. The male has elongated chelicerae two-thirds to nearly equal the length of the carapace, with a pronounced downward slope from the outside to the inside dorsal edges. Legs are uniformly slender, the male's femurs slightly enlarged femurs. The rear of the abdomen is always black, with two lateral notches of white hairs about a third the way from the front end, emphasising the imitation of an ant's gaster. In the two-coloured forms the female only has the front half of the abdomen orange or red, while the two-coloured male has an orange-red carapace, except for the anterior tips of the chelicerae and the immediate eye surrounds, which are dark. Sometimes the male's chelicerae are dark even in two-coloured forms, this character probably varying with maturity. In both males and females the cephalothorax appears to be in two physical sections, because of an abrupt step down from the carapace to the somewhat bulbous rear part. ♀5mm ♂ 4.5mm 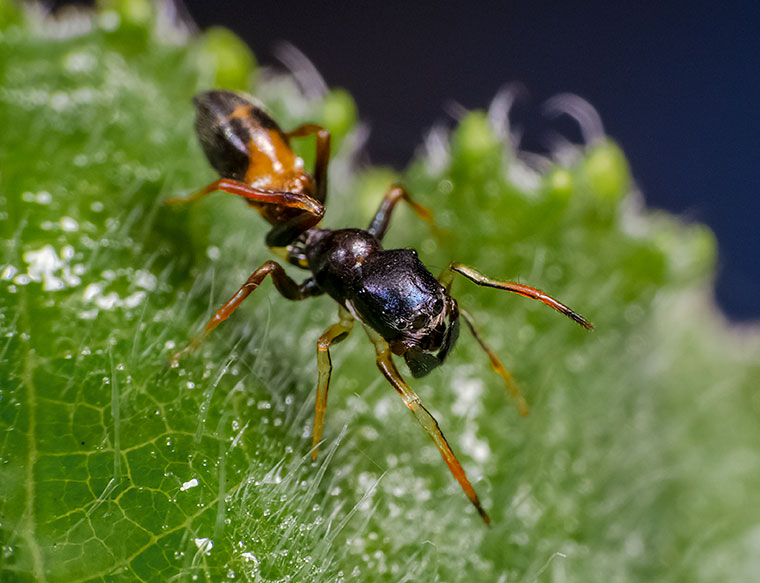 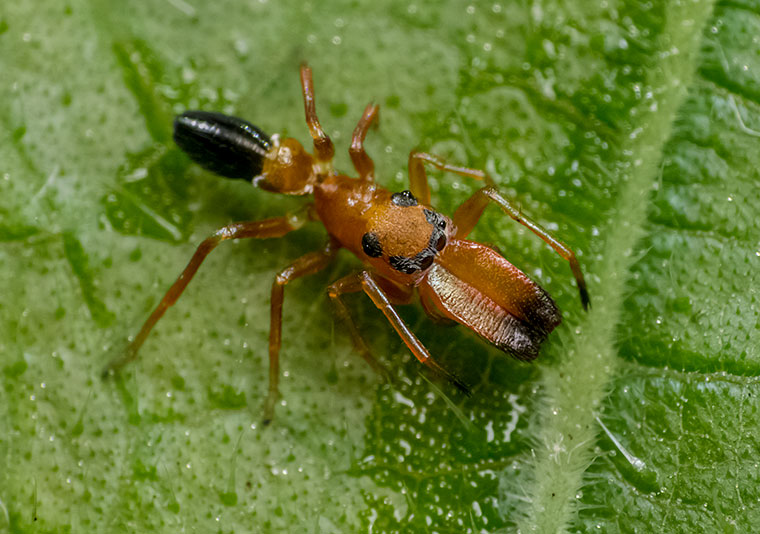 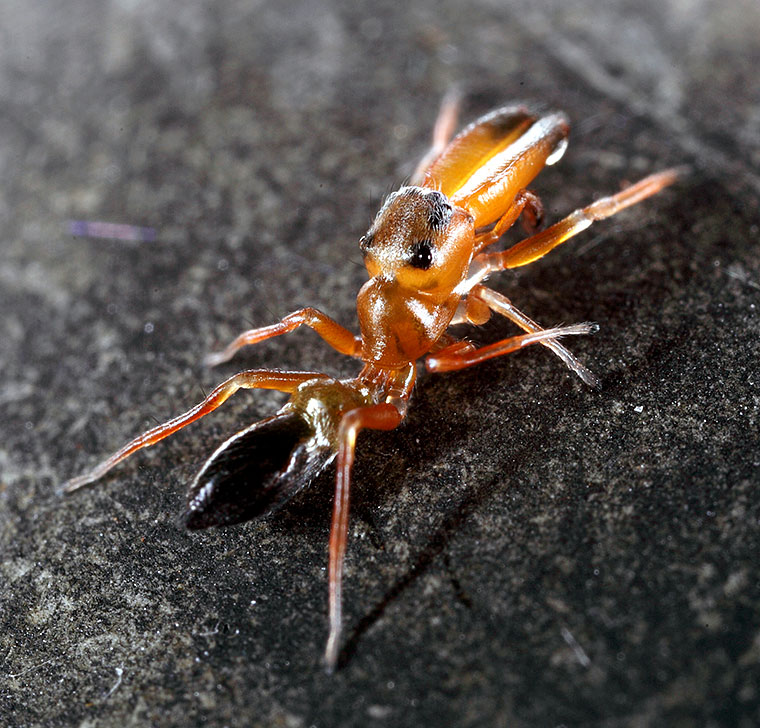 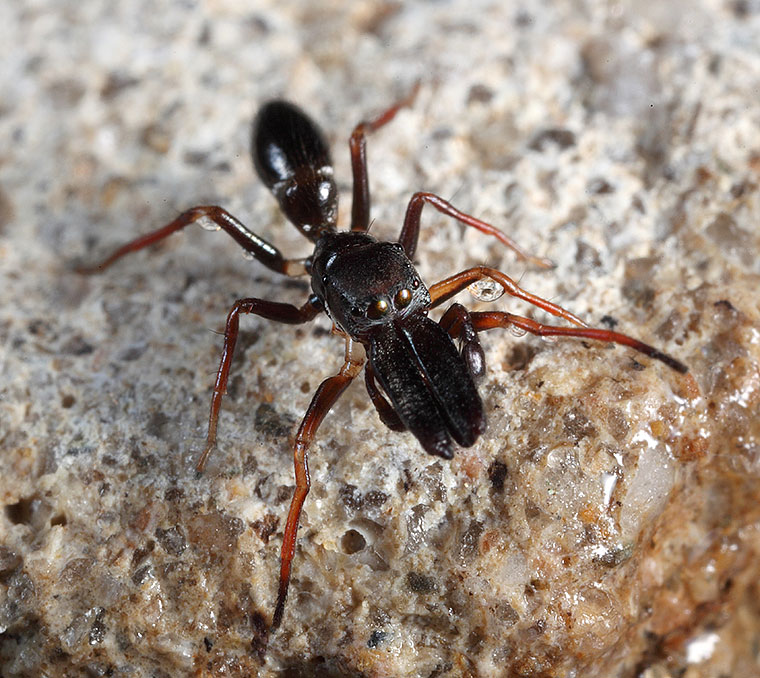 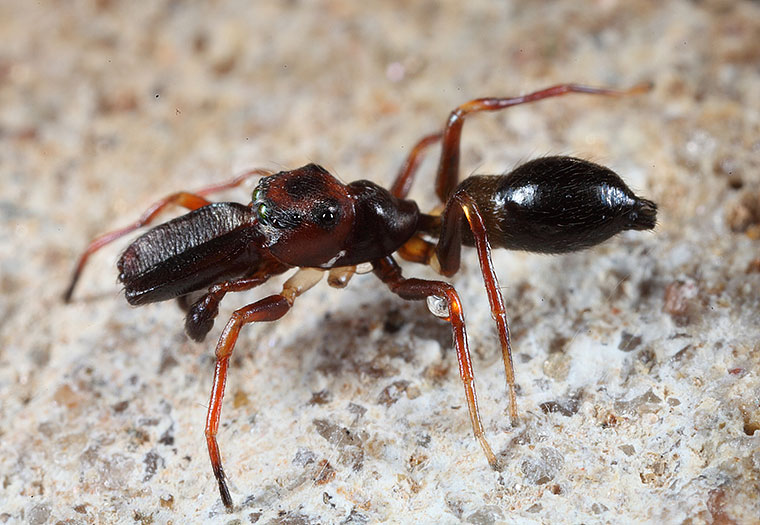