Home › Araneomorphae › TETRAGNATHIDAE
Back : Next

The Humped Silver Orb Spider ranges from about Maryborough QLD south to Tasmania and New Zealand. The orb web in spaces between shrubs is typically being slanted (often nearly horizontal) rather than vertical. The spider rests under the centre of the web with its underside facing upwards, head towards the ground. Common in backyards, especially in moist areas. It feeds on a variety of small insects such as moths, bugs, flies and beetles. It has a bright silver oval-shaped abdomens with black patterns. Upper parts of the legs (close to the body) are often green. The cephalothorax is buff-brown, to orange brown, sometimes greenish. They often drop from their resting position when disturbed. Because of their long legs, they can build webs with wide spaces between the radii. As they hang upside down in their nearly horizontal webs they are camouflaged against the vegetation below by their darker underneath pattens, and against the sky and foliage above by the silver patterns. the first described specimen was misidentified by Koch in 1872 as Meta granulata a northern species. The speceis depicted in Davies 1990 is also misidentified, it is Leucauge dromedaria not Leucauge granulata as captioned. ♀ 15mm ♂ 6mm 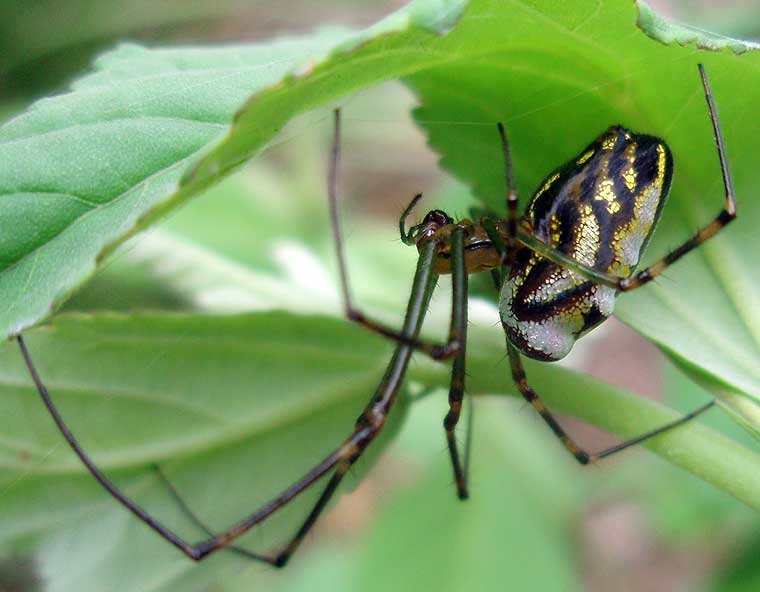 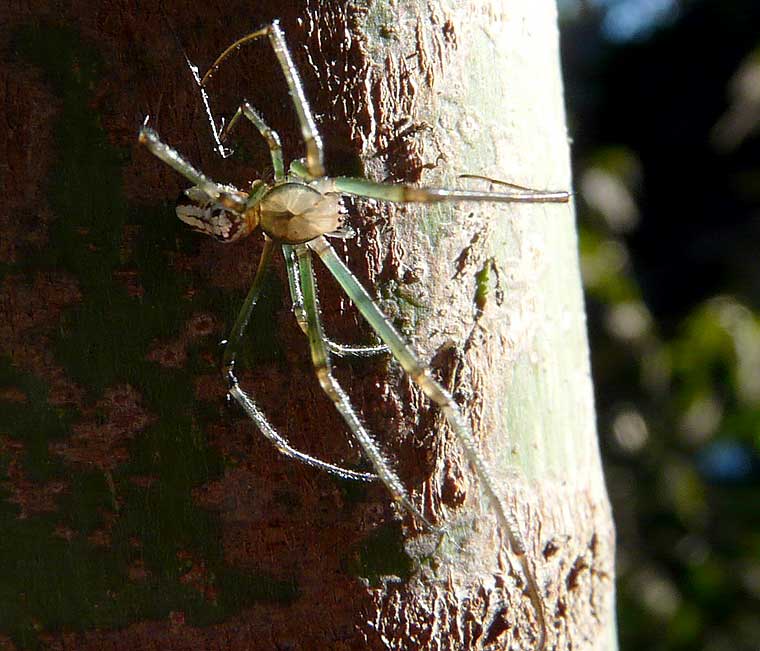 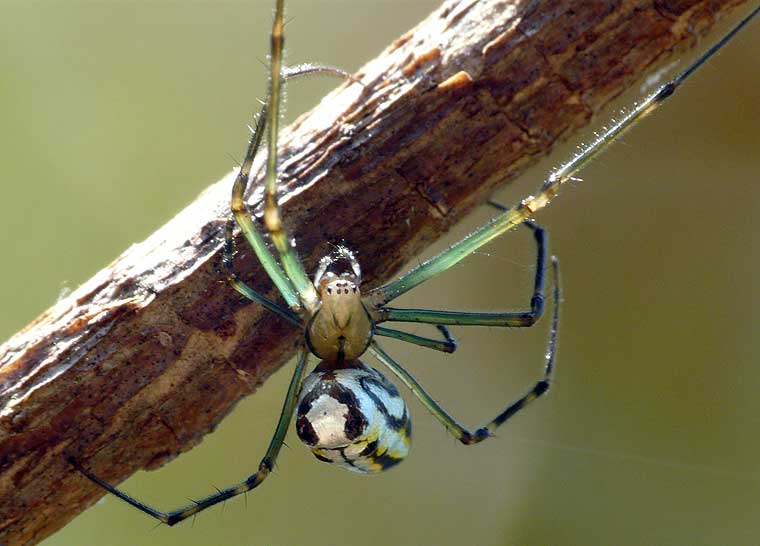 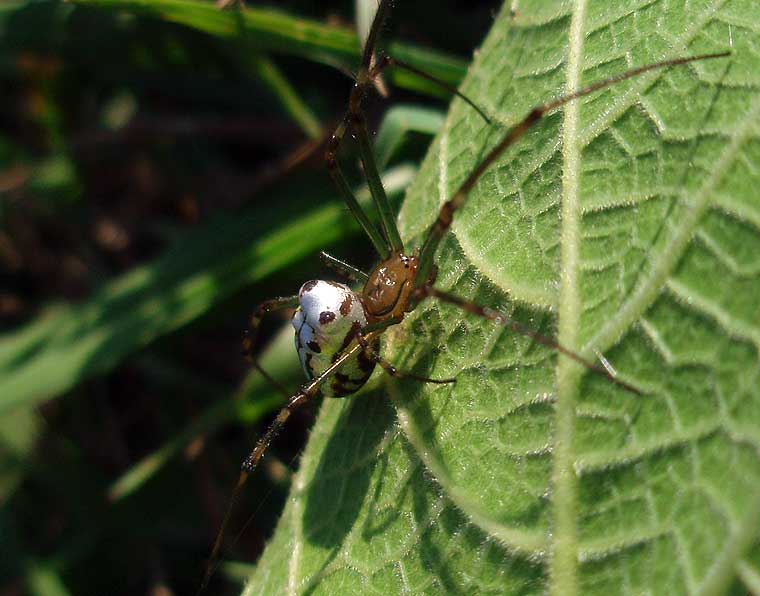 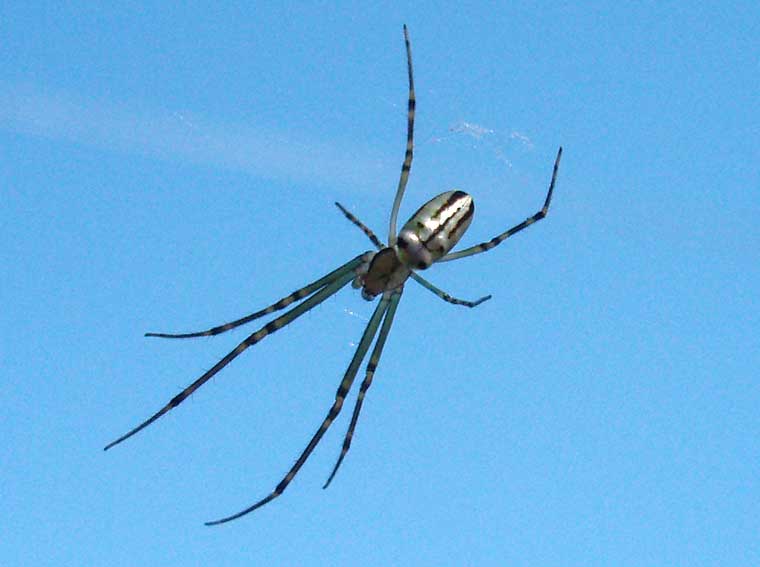 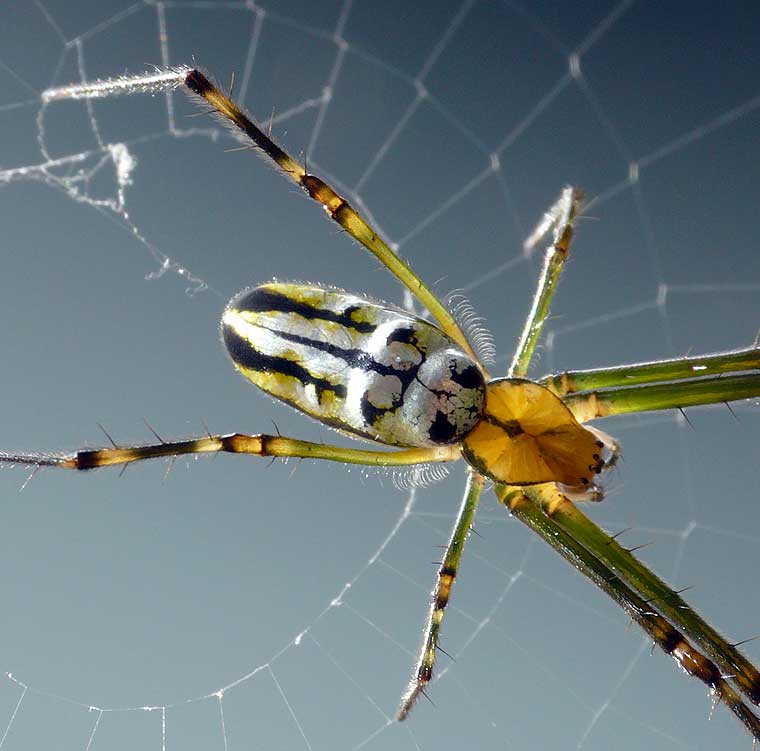 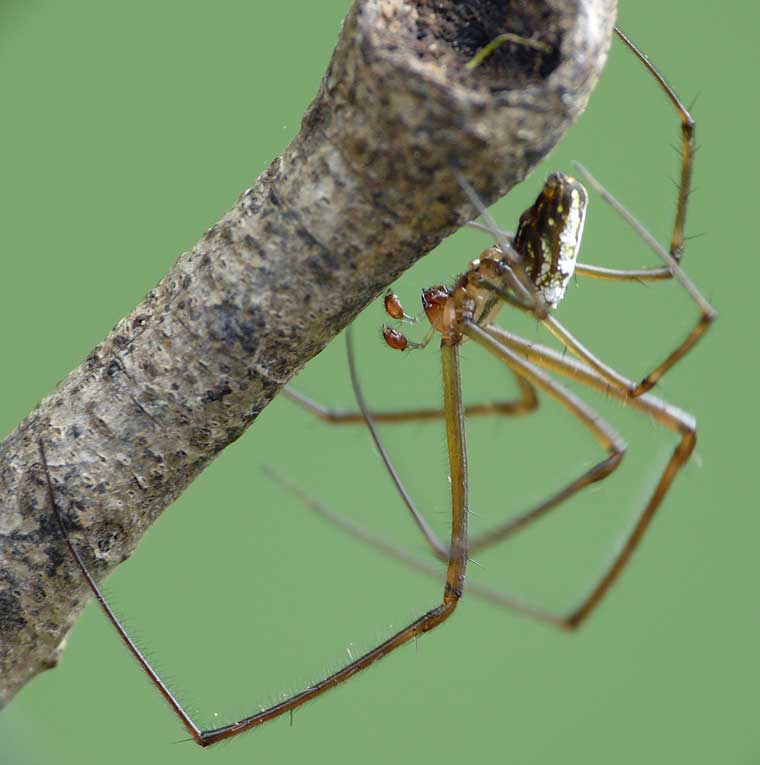