Home › Araneomorphae › TETRAGNATHIDAE
Back : Next

This is a northern species, common in NT and north QLS. Essentially it is the northern version of Leucauge dromedaria. It has less obvious humps, and is less silvery and shiny than Leucauge dromedaria being rather grainy as the name suggests. It has largely been misidentified as Leucauge dromedaria, even by Koch when he found the first specimen and named it (wrongly). There are flaming orange forms, both in this species and Leucauge decorata There is a subspecies Leucauge granulata rimitara Strand, 1911 from Kei Is. Two other species of Leucauge have been recorded from Australia, L. insularis (Keyserling, 1865) from Lord Howe Island and L. striatipes (Bradley 1876) though the latter only from a female and possibly dubious ♀ 6mm ♂ 5mm

This specimen was small for an adult, about 5mm, appears to be granulata, but the location and isolation may have caused speciation. 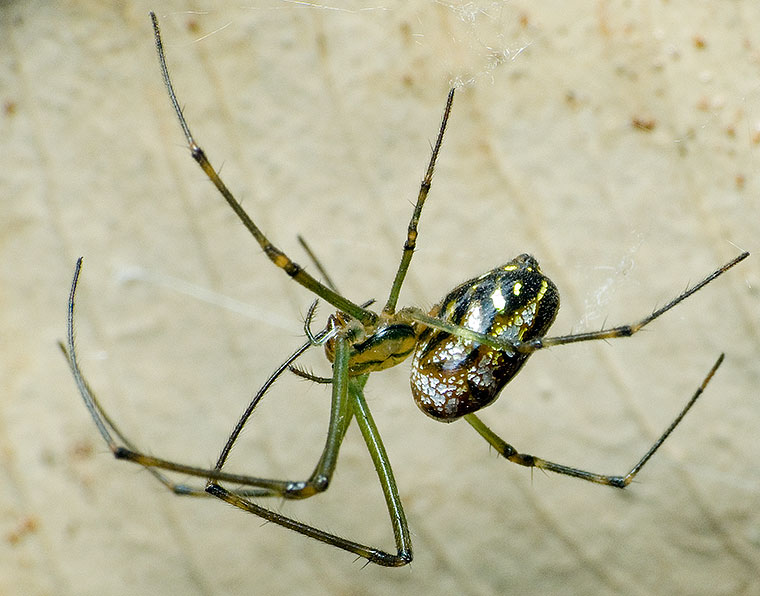