The genus Adoxotoma is unified by characters which are variable enough to suggest it may contain more than one genus. This is supported by the distribution, from QLD rainforests to West Australian deserts. They all have long, strong spines from the femurs of the first pair of legs, a little shorter in Adoxotoma nodosa. The teeth vary from unident (a single tooth on the inside or retromargin of the chelicera) to a wide tooth with up to four points (fissident). They are generally small and dark coloured, with a somewhat ant-like appearance. Many spp. have white speckles on a stippled black carapace especially or exclusively in the males, somewhat enlarged femurs on the first pair of legs, and the remaining legs slender and mostly brown, though rainforest species from Queensland can be hairier and with lighter in appearance because of thickly mattted light brown hairs interspersed with black. The carapace slopes gently towards the rear in most species. There are large depressions on the shiny black abdomen of inland species in drier areas. Adoxotoma nitida was thought to be a Western Australian species, but now appears widespread across the southern half of the continent. 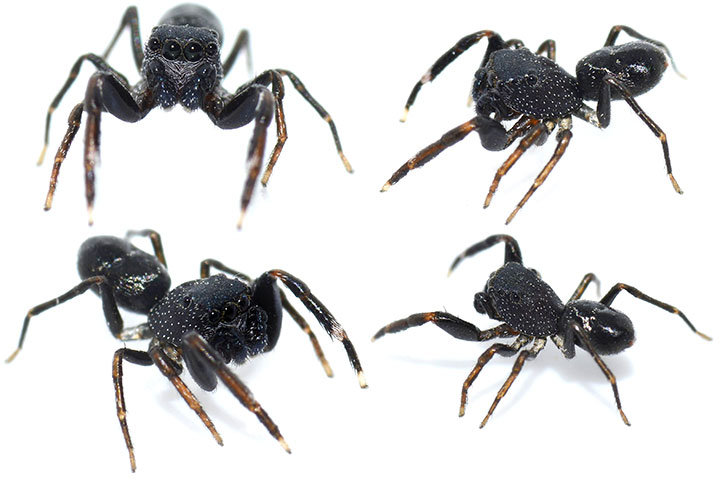 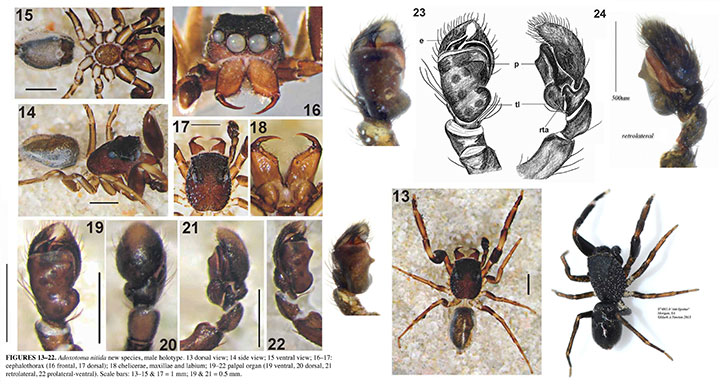 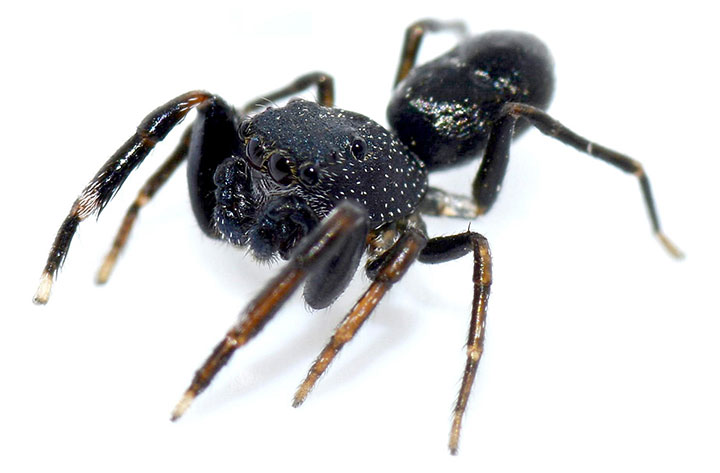 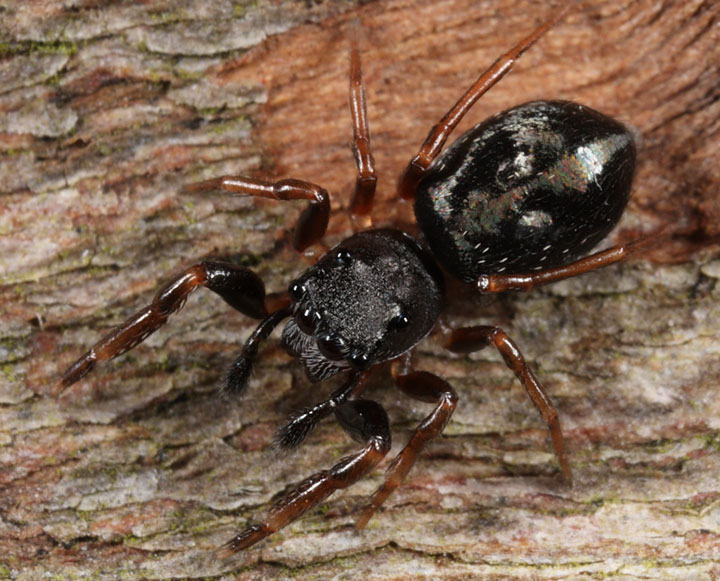 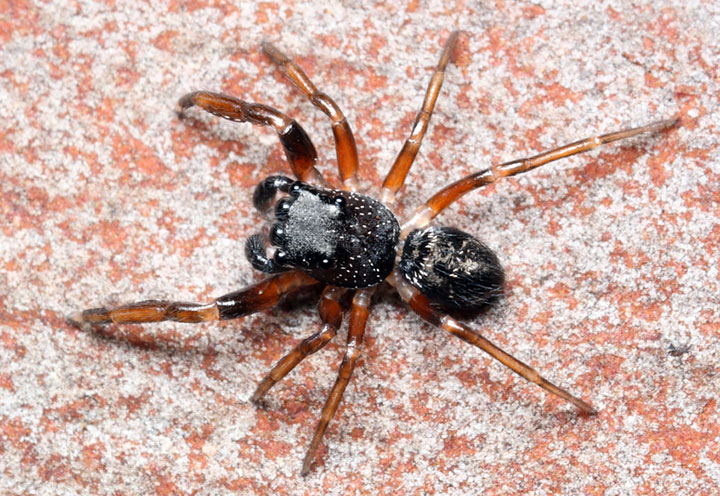