An impressive male with long hairs on a rather massive first leg, the embolus arising at about 6 o'clock on the face of the palp, circling 1.5 times, ending at the upper right of the cymbium when viewed ventrally. Its palp matches the illustrated Afraflacilla grayorum exactly, so that's what it is. The name refers to the Grays, which accounts for the apostrophe being after the s. This species is found in the central deserts from QLD to WA. Found on the smooth bark of eucalypts and allies. ♀ 6 mm ♂ 5 mm 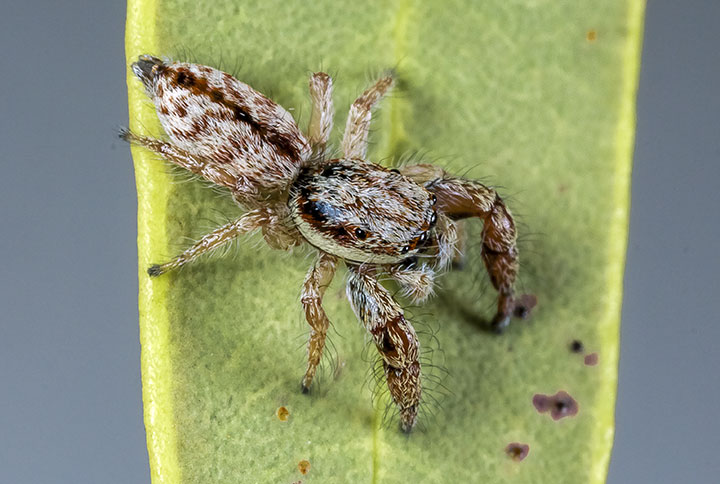 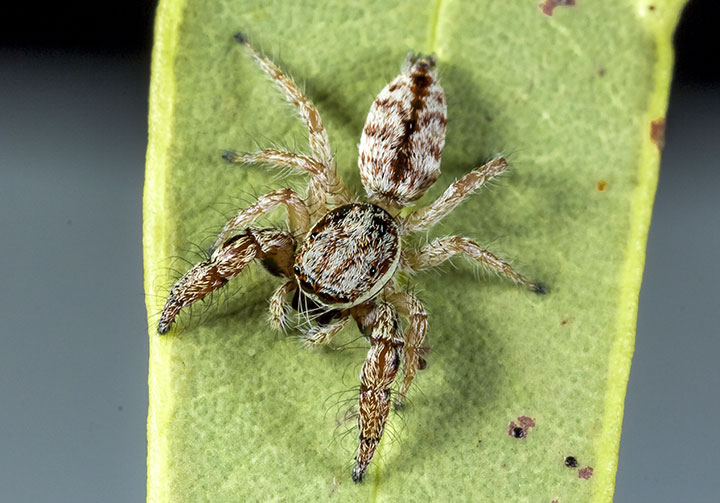 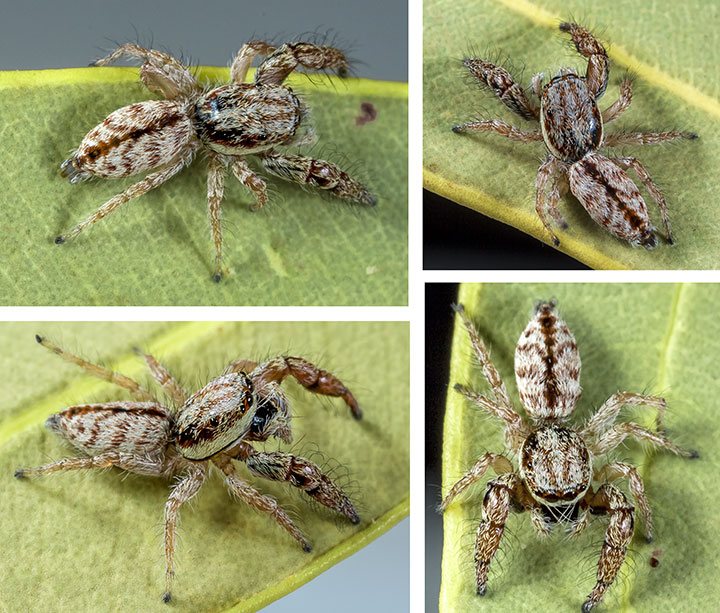 Comparison with illustration of holotype 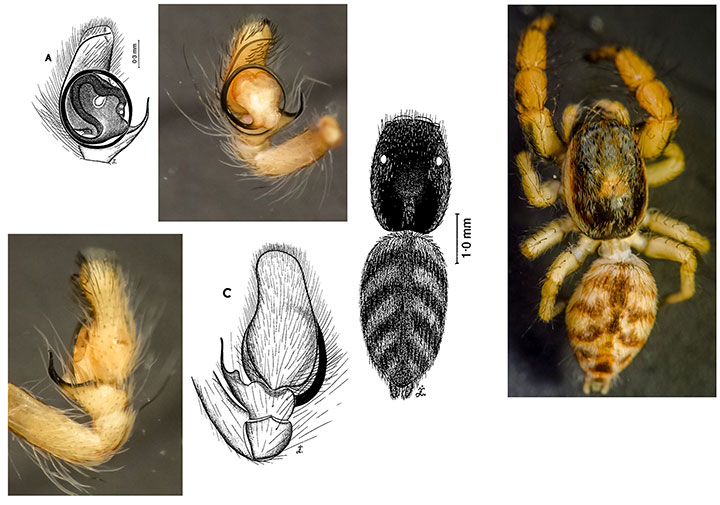 Drawings by Marek Zabka Photos: Robert Whyte
Back : Next
View My Stats