This species is close to Maratus vespa Otto & Hill 2016 (male and female genitalia, long bristle-like hairs on legs III, and general features of the courtship display which includes the close approach of an attentive female). The male's fan includes eight tufts of long white hairs along the posterior margin, four of which are visible from above when the flaps are folded. The species group name (cristatus meaning crested or tufted) refers to the presence of distinctive tufts of long white hairs along the rear edge of the male fan. There are two forms forMaratus cristatus , one with white hairs on the legs and the eye region, and the other with brown ones.Maratus cristatus was found along a sandy track west of Denmark in Western Australia, adjacent to what appeared to be an ephemeral swamp. Note these sizes were the maximums found so far. ♀ 5.6 mm ♂ 4.2 mm 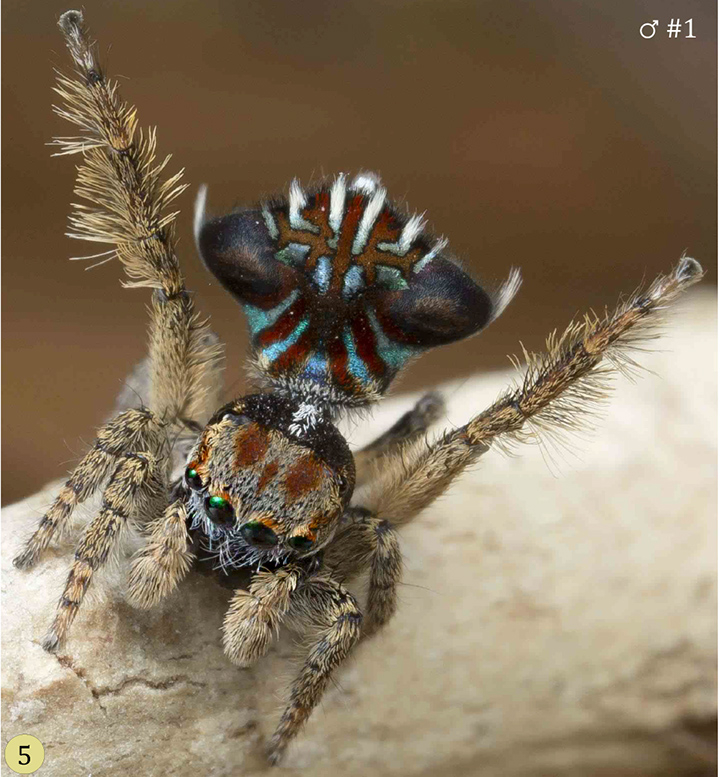 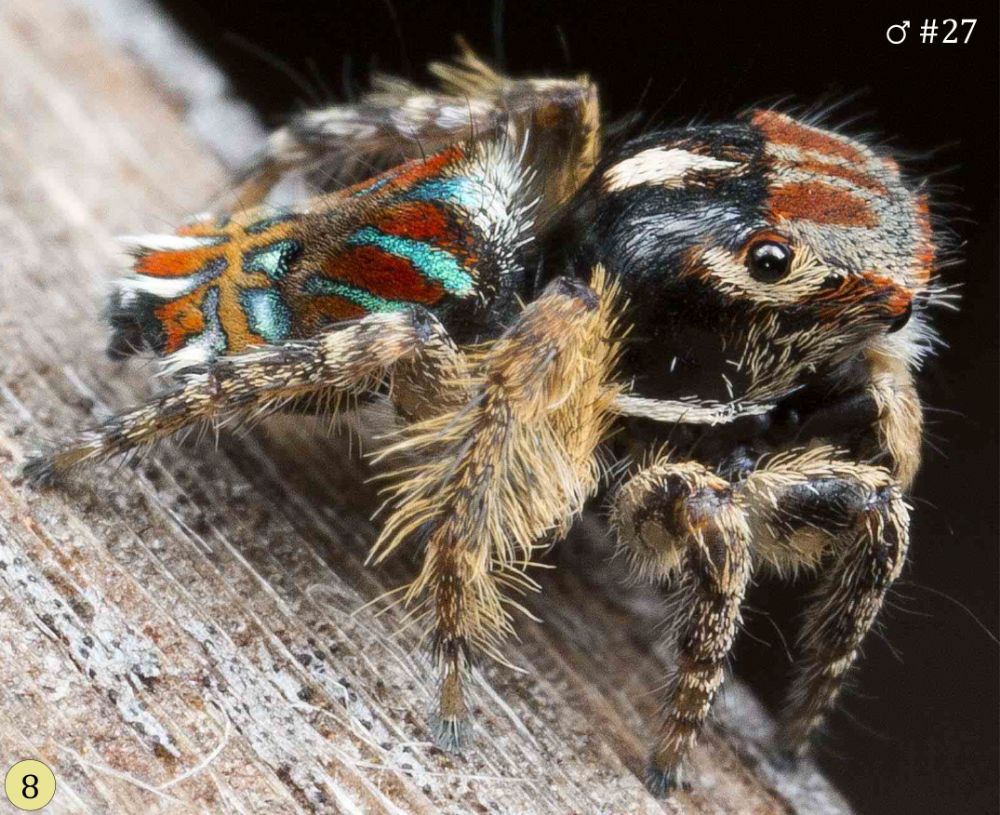 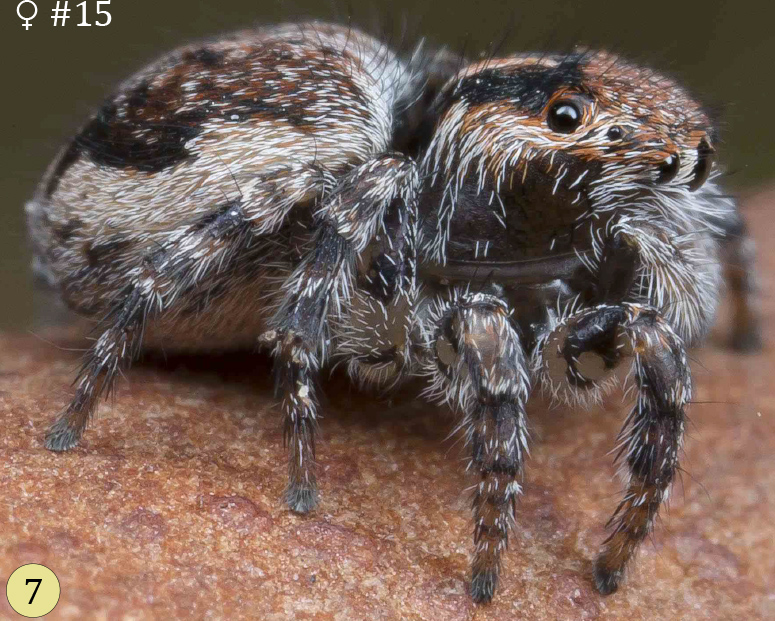