A medium sized to large female with a smaller male, twig like in concealment mode, with a wide variety of body shapes within the species. Poltys noblei is one of the Poltys in the P. laciniosus group and shares many characteristics with P. laciniosus. Its range is the whole of the eastern coast of Australia, from Victoria to North Queensland. In the north it is found in higher altitude habitats than in the south. It builds a very finely meshed orb web at night. Prey is mostly moths, supplemented with lacewings, flying ants and other arthropods. The web is often taller than wide. Egg sacs are fawn to grey with a brown overlay and a dark brown bobble. It is predated upon by mud dauber webs, being found paralysed in wasp nests, sometimes alongside P. laciniosus .This species is named in honour of John Noble, who has collected many specimens for the Australian Museum collections, including Poltys. ♀ 10mm high ♂ 4mm high. (Smith 2006)

Collected at night early September on the northern side of the junction of Fish and Enoggera Creeks, Walton Bridge Reserve, The Gap. Body length: about 8mm eyes to rear, but about 10mm high. 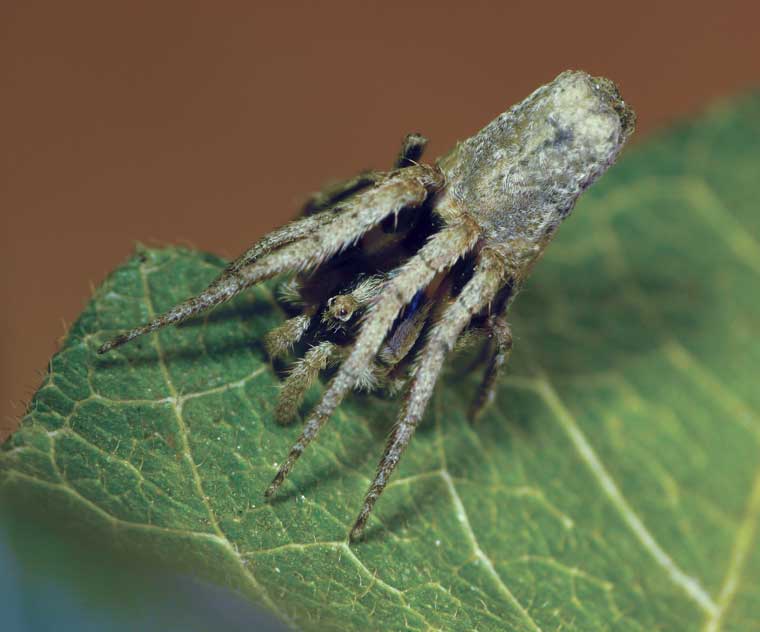 On the move, on a leaf 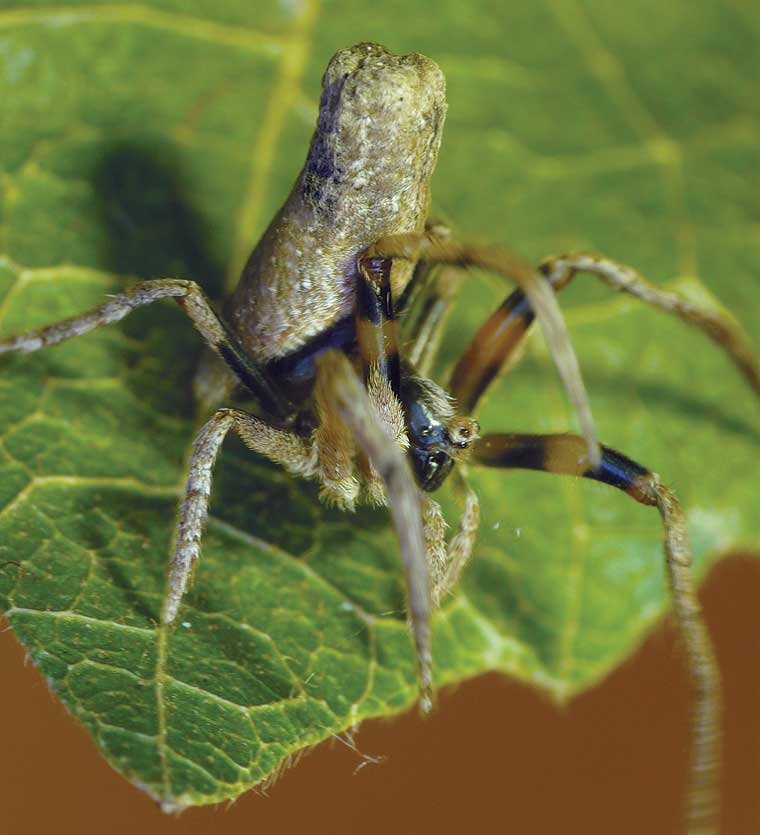 On a twig, side on, leg bands visible 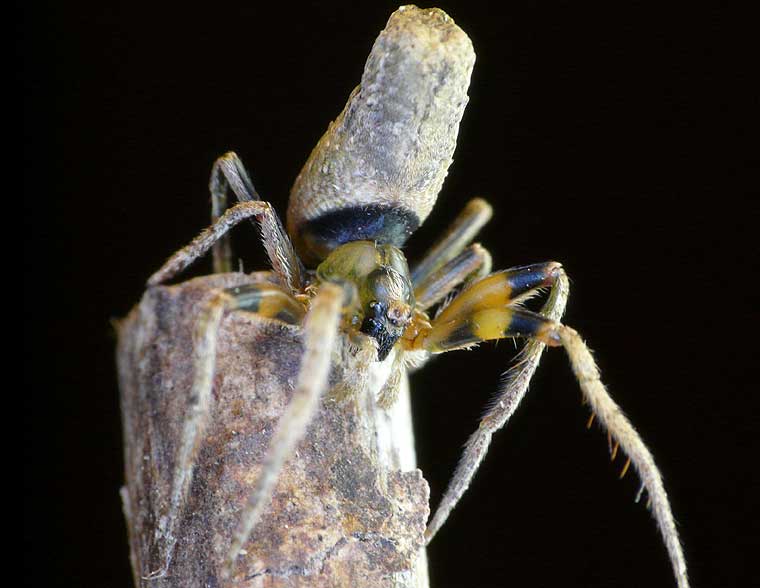 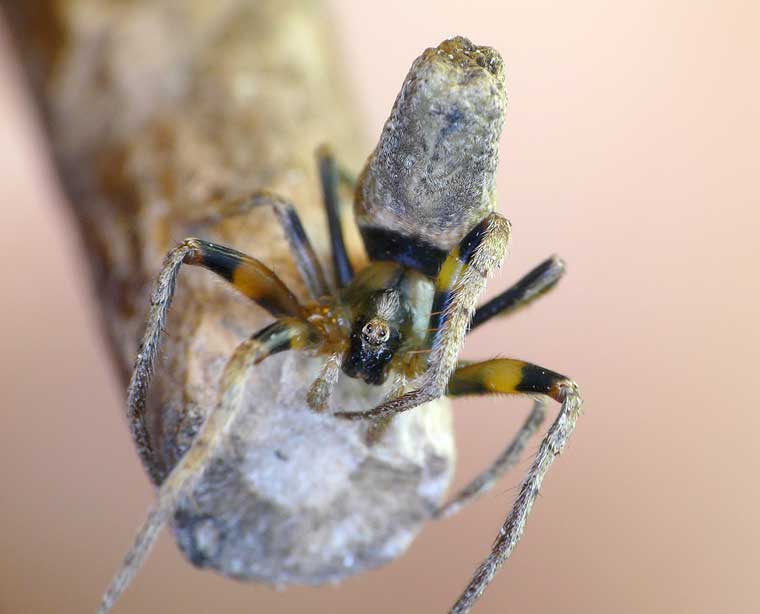