Poltys milledgei is part of a Poltys columnaris group whose representatives are mostly found north of Australia. There are only two Australian species, P. jujorum with a relatively huge eye tubercle and P. milledgei whose eye tubercle is smaller and less elongate. All the females in this group have an extremely short and broad epigyne and most have rows of shiny black "eyespots" on the upper surface of the abdomen, just forward of the spinnerets. These may be used to deter predators as they resemble rows of black, beady eyes. The range of P. milledgei appears to be restricted to the northern most parts of the Northern Territory and north Western Australia, possibly far north Queensland. The spiders make a typical Poltys-style fine web at night on dead twigs and vines in monsoon rainforest and woodland. The egg sac is small and white with overlay of cream, grey or brown silk, laid on the underside of a dead twig. This species is named in honour of Graham Milledge. ♀ 14mm ♂ 3mm (Smith 2006) 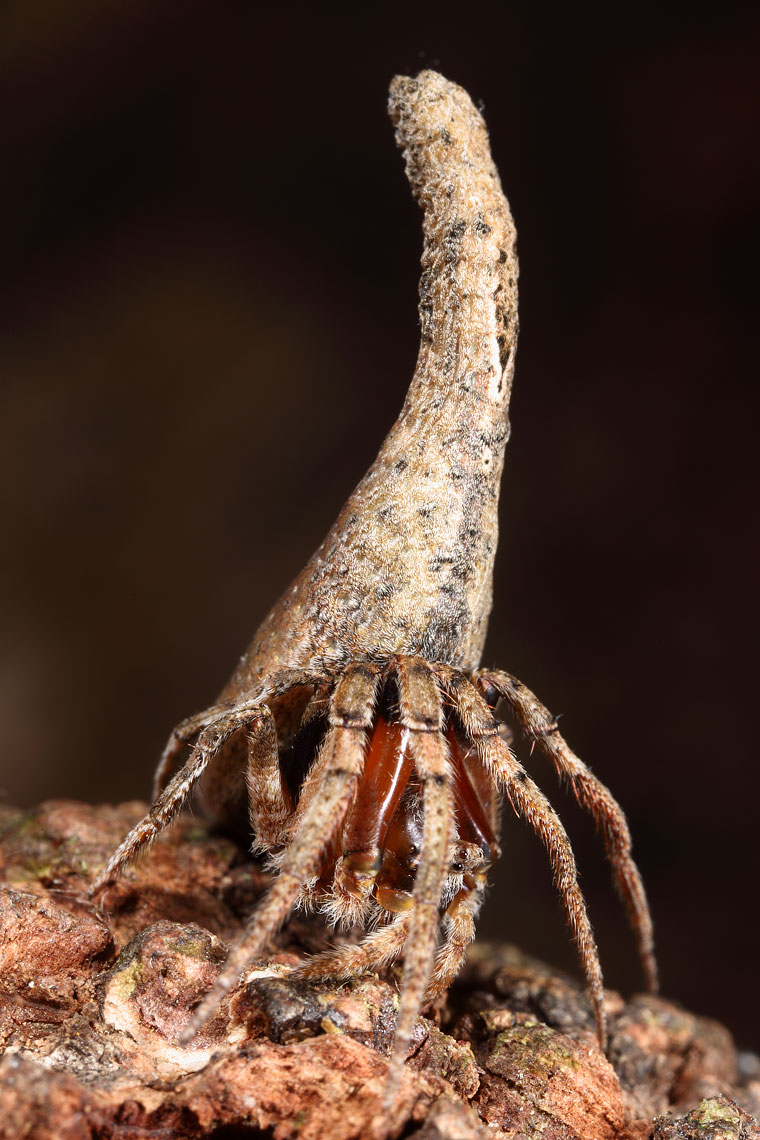 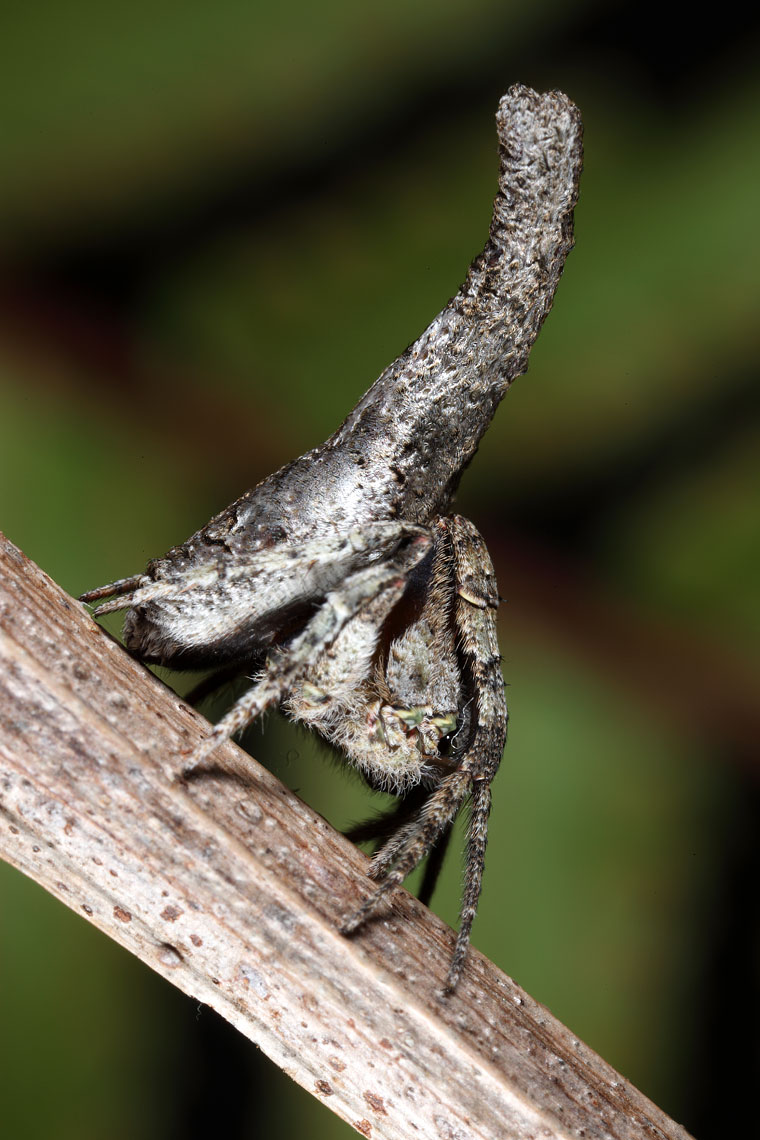